Remote and idyllic, these eight tiny islands are the stuff castaway movies are made of. 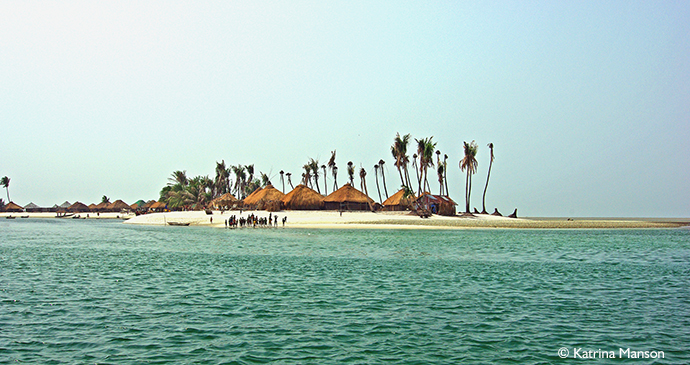 The Turtle Islands are an ideal retreat: pristine waters, perfect for swimming and even a hammock or two © Katrina Manson

The stuff castaway movies are made of: eight tiny islands – Bakie, Bumpetuk, Chepo, Hoong, Mut, Nyangei, Sei and Yele – form the Turtle Islands, an undeveloped archipelago thrown across the Atlantic just off the western shore of Sherbro Island. Each one is a slice of pure, bright sand sat amid breathtaking azure, framed by sighing palms silhouetted against a hazy blue sky. Still inhabited, the islands have their fair share of folklore. While the local paramount chief makes his home on Chepo Island, Hoong Island is strictly for initiated men. Women passing by in boats have been known to cover their heads in towels for fear of offending the spirits there, and they certainly never cast eyes on the island. Close to the western shore of Sherbro villages such as Tombe and Moyema, the islands have been described by one old-time resident as a place where the Sherbros ‘spend their evenings in groups, drinking and singing traditional songs of bravery and romance’.