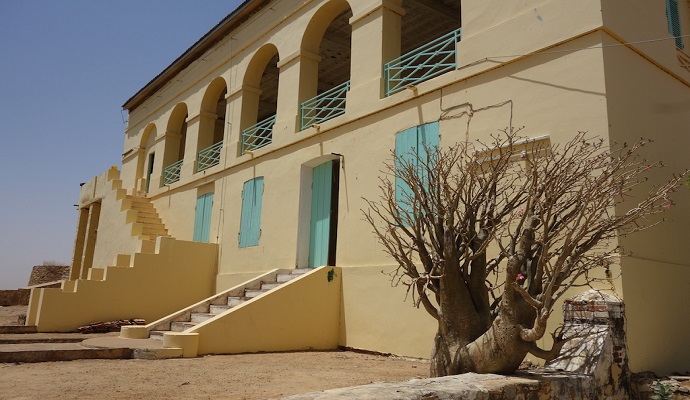 On the edges of the Sahara, the remoteness is palpable in the riverine outposts of Podor and Bakel.

At the edge of the Sahara and at the same latitude as Timbuktu, Podor, Senegal’s northernmost town, looks like another planet, feels like an oven and sounds like the hush of a forest after fresh snow. The buildings, laid out along the river in a neat colonial grid, share the burnt saffron tones of the surrounding lands, and it feels more like an organic, earthen village than it does a district capital, only one located on Mars, perhaps. Sweltering and silent, you can hear for blocks around when one of the few resident vehicles starts cranking its timeworn motor, or when a stifling Mauritanian wind comes calling with its wholly predictable gift of sand and dust. It’s also a place of some antiquity, part of the Tekrour state at the turn of the last millennium, then falling under the influence of the Denanke Kingdom for some centuries until the Imamate of Fouta Toro took hold of the region in 1776. The French established a trading post here in the mid 18th century, and many of the venerable quayside buildings now being restored are former traders’ homes and warehouses dating to the late 1700s. The fort didn’t take its modern shape until 1854, when it was expanded and reinforced as part of Faidherbe’s drive to solidify French control over river trade.

Today there’s little to do in Podor but soak up the atmosphere, and perhaps there’s something about its otherworldly, meditative air that acts as an incubator for the creative, as Podor punches well above its featherweight population when it comes to the arts. Singer and guitarist Baaba Maal is a hometown hero, and next to Youssou N’Dour, is probably the most famous Senegalese in the world. He sings in Pulaar and has released dozens of albums, including collaborations with fellow Podorois musician Mansour Seck. Award-winning fashion designer Oumou Sy is another of Podor’s native daughters; she launched the now-indispensable Dakar Fashion Week, opened boutiques in Paris and Geneva, and designs outfits for film and stage productions, as well as for her contemporaries like Baaba Maal himself.  Behind the lens documenting it all until his recent death in 2016 was Podor’s resident photographer, Oumar Ly, whose studio portraits and decades-long documentation of life in the community found wide acclaim in the final years of his life, with exhibitions in Dakar, Europe and beyond.

The most remote and possibly most appealing of all the towns along the river route, Bakel is set amongst some gentle, baobab-studded hills (very gentle – this is still Senegal, after all) on the west bank of the Senegal River, the last settlement of any size before Senegal’s namesake river leaves the country entirely at the tri point border with Mali and Mauritania. It was founded in the 18th century by migrants from the Jolof Kingdom; they were granted a concession of land at Bakel from the Soninke tunka (king) of Galam, which ruled the area until the French negotiated rights to build a fort here in 1820, eventually exerting control over the entire region. Over the next 30 years Bakel became the most important trading centre in the area and, though the instability of Omar Tall’s neighbouring Toucouleur Empire led to difficulties maintaining the settlement, it remained the region’s primary trading entrepôt until eventually being overtaken in importance by Kayes in Mali, where road, rail and river all converged.

In 1989, Bakel was where one of Senegal’s most serious crises outside of Casamance began, when a localised but fatal conflict between Mauritanian herders and Senegalese farmers over grazing rights touched off a diplomatic feud and ethnic pogroms against those perceived to be citizens of the opposing country, typically along racial lines. Senegalese and Mauritanian interests in Nouakchott and Dakar were torched and dozens killed, the border was closed, and diplomatic relations between the two countries were severed. In less than two months’ time, an estimated 170,000 Mauritanians and 75,000 Senegalese had fled to their country of origin, and as many as 53,000 Fulbe, Toucouleur and other Mauritanian citizens of black African ethnicities were labelled as foreigners and forced into Senegal. Some 13,500 Mauritanian refugees remain in villages along the Senegalese side of the river as of 2017.

Today, however, the situation could hardly be calmer. Pirogues laden with cement, cooking oil and other goods where there’s a significant price differential between the two countries do a brisk trade – sometimes openly, sometimes clandestinely – and there’s a functioning immigration post at either side of the river. The impressive fort still stands guard over a magnificent bend in the blue-green river, but today the long-rusted cannons guarding the gates serve as a drying rack for the local washerwomen. It’s one of Senegal’s remotest and hottest towns, but even though its time as the upper Senegal’s major hub is long consigned to the days of yore, Bakel today still looks and feels a lot more active than crumbling Matam or otherworldly Podor.