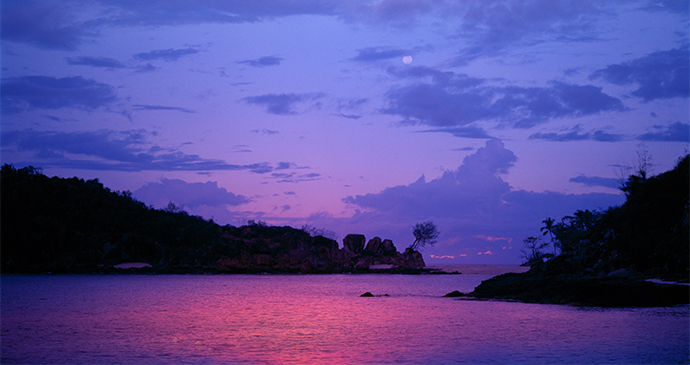 When I mentioned to relatives and friends that I would be writing a travel guide to Gabon, some gingerly asked just how many travellers there are to write that guide for (and these were the ones who didn’t scrunch up their faces and ask ‘where?’). And while it’s true that until now foreign appreciation has been predominantly confined to oil workers and people travelling Africa overland, Gabon is slowly but surely getting serious about unlocking its ecotourism potential. Dubbed ‘the land of the surfing hippo’ or ‘Africa’s Eden’, the country aimed to attract 100,000 high- and middle-end visitors by 2020. They’ll miss this figure by a mile, but the national parks bureau is making a commendable effort to both safeguard and share the country’s staggering ecological heritage. Gabon’s national parks protect over 12% of the country and the government has taken up the battle against poaching by creating well-trained and well-funded anti-poaching brigades. In 2012 the president publicly destroyed the country’s ivory stocks, and it’s hoped that ecotourism can be the key to sustainable nature and wildlife conservation.

In fact, little-visited Gabon has everything to become Africa’s next big ecotourism destination, while the fact that it isn’t a mainstream holiday location yet only adds to its attraction. Not only is it exciting to travel in this pristine region off the tourist radar, but also the hassle of other safari destinations is totally lacking. Without a dozen minibuses crowding around one lion, there’s actually something left to explore.

The main part of the country, over 80%, is covered in dense rainforest, and the remainder is savannah and coastline, and for each of these habitats Gabon has the wildlife to match. This is a country where gorilla and elephant can be caught on camera on the same stretch of beach – although a healthy dose of patience is obligatory. At the same time, birders are guaranteed to leave satisfied, as they will surely spot many of the almost 700 species recorded in the country.

Despite a difficult few years of plummeting oil prices, a deeply controversial election, and even a putative coup d’état, Gabon remains a comparative oasis of stability and prosperity in a region that has had more than its fair share of tension and violence. The discovery of oil boosted the economy and its main cities are modern with high rises. The country enjoys one of the highest GDP per capita in sub-Saharan Africa (although far from equally divided) and you will notice more fancy cars on the streets of Libreville than in a European capital.

Gabon not only possesses a huge wealth of natural treasures, it also maintains a rich tradition of pre-Christian animist culture, including mystical ceremonies and initiation rites. One of the secret societies that appeals most to the imagination is Bwiti, whose initiates eat the hallucinogenic shrub of the iboga plant to facilitate contact with their ancestors and deepen their understanding of life.

All that being said, getting around Gabon isn’t exactly a stroll in the park. It is an expensive country, and the infrastructure and tourist facilities are basic (and, in more remote places, simply non-existent). While travelling here can occasionally feel like hard work, the rewards are worth the effort. The Gabonese travel around a lot to see friends and family, particularly during the holidays, and the atmosphere is invariably fun and friendly.

This is Africa at its purest, where you can still enjoy wildlife and breathtaking natural beauty while having the place to yourself. That’s why now is the perfect time to go – before the 100,000 tourists actually do arrive. 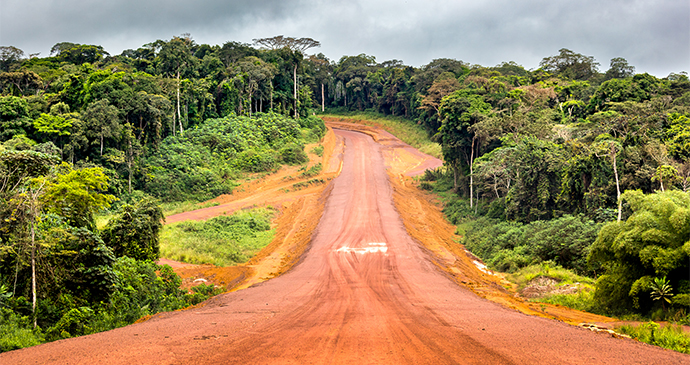 You are both lost and liberated in the wilds of Gabon © Oleg Puchkov, Shutterstock

The research trip for this guide started out with dropping my phone on the way out the door en route to the airport and smashing the screen to bits. That was – literally and figuratively – just the beginning. Landing in Gabon, my luggage was nowhere to be found, and it took several days and many fruitless trips to the airport’s hopeless scrum of a lost-luggage room before it appeared – in one piece at least. Finally armed with my luggage and a new phone, I set out to take care of the sort of errands familiar to any traveller starting a long trip.

Unfortunately, there was a shortage of SIM cards, so getting connected turned out to be a non-starter. Undeterred, I went to draw cash, only to be inexplicably rejected by one ATM after another. Worse still, my account was almost entirely drained when I checked it – it had been charged for each attempted withdrawal, for money I’d never received! After picking myself up off the floor, uttering a long streak of unprintable words, and perhaps taking refuge in a cold Régab, I spent several stressful hours on the phone (not my phone, mind you, as I couldn’t get a SIM) to the bank. Suffice to say, Gabon was not getting on my good side.

Nonetheless, there was a job to do and it was time to get on with it. I eventually managed to draw cash, get a SIM and get moving, and ever so slowly my luck began to change. Leaving Libreville with a window seat on the minibus gave me my first look at the otherworldly greenery that characterises so much of the country. We sped past tiny timber-built hamlets that seemed to me like boats on a green sea with residents perpetually tasked with bailing out their collective vessel to keep the forest at bay. Indeed, Gabon’s interior – by turns bounteous and baleful – left me feeling small in the exhilarating, intimidating way of the ocean. It also left me gobsmacked – again whispering a few unprintable words – with its natural riches: a surfeit of wonders that seemed so normal and natural that it was easy to forget just how unique it is, and how it becomes more so by the day as our global environment continues to degrade.

Getting within metres of a forest elephant family grazing on a riverbank, spotting a lowland gorilla simply crossing the road and marvelling at breaching whales and nesting turtles along hundreds of kilometres of wild, windswept, undeveloped coast are increasingly rare privileges in today’s world, and I somehow began to feel it appropriate that I couldn’t just walk into this hidden, halcyon realm without letting go of a few of my worldly concerns along the way. While I knew the world of bank cards, SIM cards and lost luggage would be waiting for me upon my return, for many happy moments I was both lost and liberated in the wilds of Gabon – I hope this book can help you get there, too.