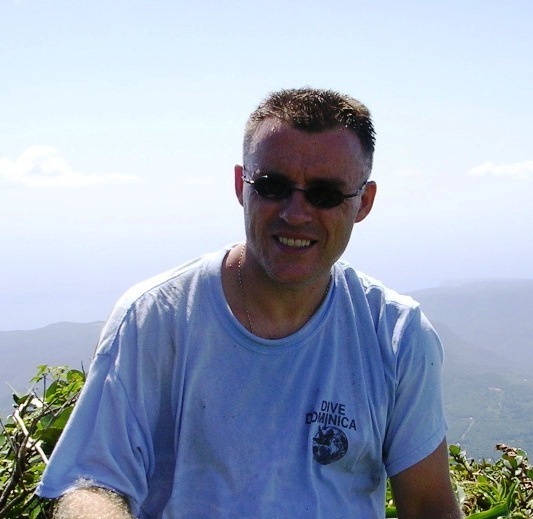 Paul Crask grew up in Yorkshire (UK) and, after studying in the former East Germany, graduated from Leeds University in 1988. Addicted to travel and exploration, he then travelled to Japan, working in Yamaguchi prefecture as a language teacher for two years before backpacking from the Far East via North America back to Europe. After a decade working in London, Crask and wife Celia embarked on a radical lifestyle change, moving to Celia’s native Dominica in 2005.

An enthusiastic hiker and a professionally qualified scuba diver, Crask knows many eastern Caribbean islands inside-out. He works as an independent magazine designer and publisher (including of Dominica Traveller), a freelance writer and documentary photographer. In addition to magazines, Crask has also produced publications for the European Commission. He has written numerous articles for regional and international press, and has authored two Bradt guides: Dominica and Grenada, Carriacou & Petite Martinique.