Walking some of the coastal paths in glorious sunshine … my heart was full of how lucky I am to live in the southwest.

When asked by a travel magazine to list my five favourite places in the world, I included North Devon. I’d just come back from a research trip for this book, walking some of the coastal paths in glorious sunshine and discovering new (to me) churches and unsung villages, and my heart was full of how lucky I am to live in the southwest and to be sharing my enthusiasm for the pleasures that constitute slow travel: cliff paths, hidden coves, and wonderful Exmoor with its heathery hills and combes. Slow food is part of slow travel, and this region lends itself to time spent lingering over a meal or cream tea. 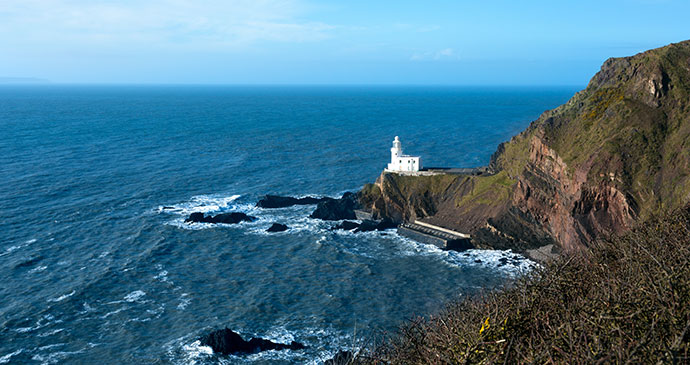 In the course of my research for this new edition I’ve followed obscure leads and found many places other guidebooks ignore – such as country churches which, in Devon and West Somerset, are open and free and contain as much art and history as you will find in a museum, with an added touch of mystery.

I want locals who thought they were familiar with the region to say ‘I didn’t know that!’. And I want visitors from afar to learn that there’s more to Devon and Exmoor than the beaches and commercial places that get into the tourist brochures (although they’re also included here). After all, that’s what Slow is all about.

In a small area it seemed to contain everything I liked best about rural England. 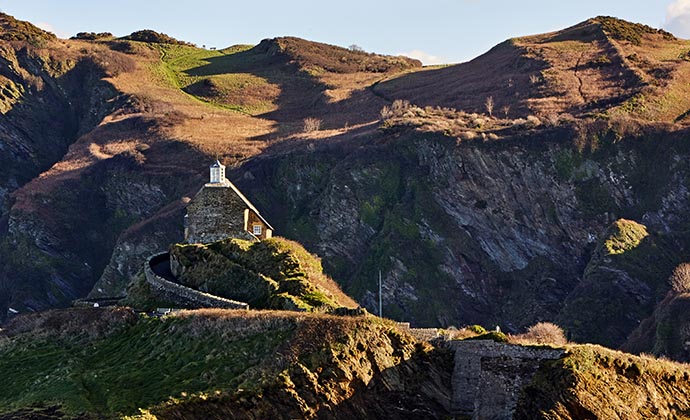 Exmoor was one of the first place names I knew – it was where Moorland Mousie, hero of one of my favourite pony books, came from, and I desperately wanted an Exmoor pony. A few years later I lived the dream and rode over the huge expanse of those moors, splashing across rivers and cantering along grassy tracks through the bracken. I was hooked. Even the mist and drizzle seemed romantic and my first cream tea extraordinary. It was over 40 years before I returned with a walking group, climbing Dunkery Beacon in a sea of purple heather and picnicking beside Tarr Steps. But only when researching the first edition of this book did I really start to look at this extraordinary part of the West Country. In a small area it seemed to contain everything I liked best about rural England: dramatic coastal scenery, lovely little villages advertising cream teas, little churches full of ancient village art – and Exmoor ponies.