When I first visited North Korea there was far less information out there than we have today, and much of this so-called ‘information’ was vague, inaccurate or just plain false – an issue that still prevails. I do hope that the following information will help in some small way to dispel some of the misinformation and to portray the country more positively than it is largely presented on the global platform. The country isn’t perfect, it has major problems, but I maintain resolutely that North Korea, or the Democratic People’s Republic of Korea as it prefers to be called, is a far, far better place than the world is led to believe. Life in North Korea is very different from life anywhere else, but we are all human; believe it or not, its citizens have pretty much the same aspirations that I imagine most people the world over strive for. We have far more in common with North Korea than differences, and part of the xenophobia, which goes both ways, is rooted in the nation being so cut off from the international community that few really understand it, or the mindset of its people. Tourism, however restricted it remains, is one of the only means of cultural interaction between North Korea and the outside world; a few hours in the country will tell you far more than another hackneyed documentary or trite news exposé ever could. 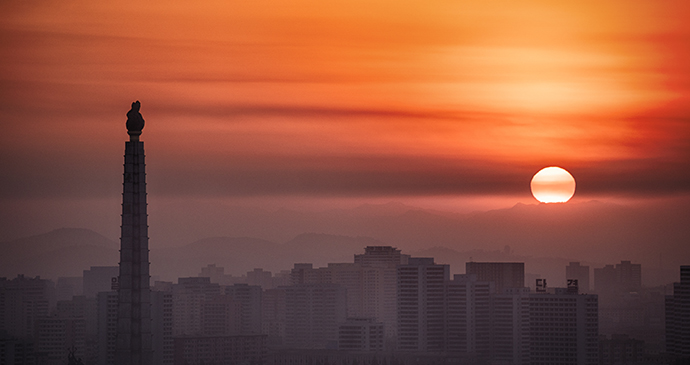 Pyongyang is undoubtedly one of the world’s most intriguing cities © Ablakat, Shutterstock

It could well be George W Bush who inspired me to visit North Korea, his infamous ‘Axis of Evil’ speech spurring me on to visit what looked to be the ideal destination for an alternative holiday. Within a few minutes of touching down in Pyongyang on that first trip I fell head over heels in love with North Korea – a fascinating, bizarre, confusing country that I could take a thousand adjectives to only start describing, but should I have just two words to choose, would proffer ‘parallel universe’ as being the most apt. When I first started visiting North Korea, ten days was enough to visit almost all that was permitted. The guides would compile reports on the ideology of the group, try to engage in complex political discussion on Marxist-Leninism, and strictly monitor photography and movements. Nearly all North Koreans would be wearing a uniform of some kind, and besides propaganda books there was almost nothing available in the few shops we were allowed to visit. Although at first the guides – much like the Democratic People’s Republic of Korea (DPRK) in general – seemed to have a cold exterior, it became quite apparent after just a few hours in the country that they, and almost everybody we met, were friendly, interesting and just plain nice. Putting politics to one side, the Koreans I met were all good-humoured folk with a somewhat veiled joie de vivre, quickly opening my eyes to their rich history, fascinating culture and beautiful land. I have never looked back.

The itineraries on offer then were more restricted than today but, quite often, the highlight – then and now – was not so much the ‘sights’ as the unscheduled encounters, adventures and experiences along the way. Like most travellers, on that first visit it was the monuments and grandiosity of Pyongyang, together with the famous DMZ that I was desperate to see. I had no real idea, for example, of Korean culture and cuisine, of their millennia of history or of the pristine national parks that blanket the country – all things, among others, that have persuaded me to return again and again to delve further into the hinterlands of this hermit kingdom.

While the authorities used to focus tourism efforts on Pyongyang, trying to attract visitors with large-scale events such as the Arirang Mass Games, they have now realised that they have an awful lot more to offer; travellers interested in truly seeing the country can go further now than ever before, with all manner of new possibilities and special interest tours helping to slowly pull back the curtain inch by inch, year by year. 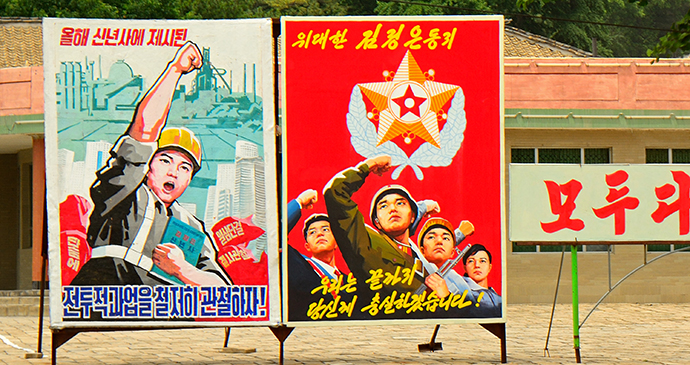 Being a communist state, propaganda is still a common sight in the DPRK © Attila JANDI, Shutterstock

North Korea has come an awful long way from the dark days of the 1990s and the last few years have, somehow and despite sanctions, seen something of a construction boom in the capital. This started at the tail end of the last decade with the government striving to beautify the city for April 2012 – the 100th anniversary of the birth of President Kim Il Sung. Under Kim Jong Un the pace seems to be speeding up, with developments appearing across the capital, from water parks and funfairs to high-rise apartment blocks. Now even taxis can be seen across the city and all manner of what is essentially private enterprise is creeping in across the country – as Bob Dylan sang, the times they are a-changin’.

This nation has the habit of getting under one’s skin – it certainly has mine. People have been forecasting the fall of the country as we know it for the past 30 years, and could well be doing so for the next 30 as well. But with the momentous events of 2018, which nobody could have predicted just six months prior, quite what the next few years will bring is anybody’s guess. For the first time in many years there is the prospect of real and irreversible change creeping in, ending decades of self-imposed isolation as Pyongyang, ever so slowly and somewhat reluctantly, is being dragged into the international fold. These are exciting times indeed. The country cannot be truly explained, accurately described, or even truly understood. Visiting is the best way to try and get your head around the place – but it could well leave you, like me, more confused than ever before.