The Pantanal is to the Americas what the Serengeti is to Africa. The aquatic heart of South America showcases some of the most breathtaking gatherings of mammals, birds and reptiles that you could ever hope to see. The numbers in the world’s largest wetland can challenge credulity, with the smallest of lakes often so crowded with fur, feather and scale that you’ll be pushed to spot an uninhabited metre of water. The Pantanal, in short, is a wildlife-watcher’s paradise. But what shouldn’t you miss? 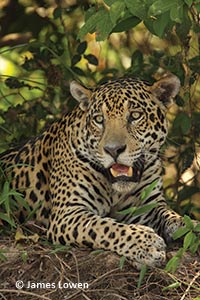 The jaguar is the largest cat in the Americas and the third largest worldwide, topped only by the tiger (Panthera tigris) and lion (Panthera leo). Deep-chested, large-headed and stocky, a male jaguar can measure 2.5m in length, including tail, and 130kg in weight – resembling a bodybuilding leopard. The Pantanal subspecies is the largest and heaviest – twice the size of those in Central America. It is hardly surprising that every visitor to the Pantanal wants to see one.

Jaguars are primarily forest animals with a fondness for riverbanks. They swim well, readily traversing rivers to move between forest tracts. Large carnivores need large prey populations that, in turn, require a large area of habitat. Jaguars thus have substantial home ranges, although those of several individuals may overlap. Estimates of Pantanal jaguar density vary from three to seven individuals per 100km2, with densities higher (or home ranges smaller) during the wet season. Every jaguar has a different pattern of head markings, which enables researchers to track specific individuals with relative ease. 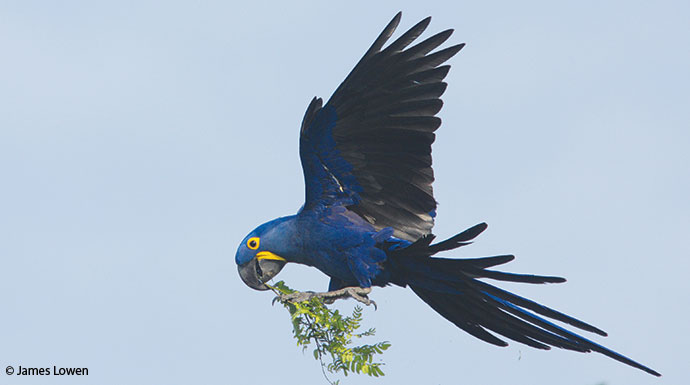 A raucous roar announces the arrival of a hyacinth macaw, the Pantanal bird that all visitors want to see. Measuring a full metre in length and hitting the scales at a hefty 1.5kg, this is the world’s largest parrot. It is also one of the rarest, its population having crashed as a result of habitat destruction and illegal trapping for the cage-bird trade. Just 6,500 birds are thought to remain in Brazil, eastern Bolivia and northern Paraguay. This compares with an estimated 10,000 birds captured for trade during the 1980s. 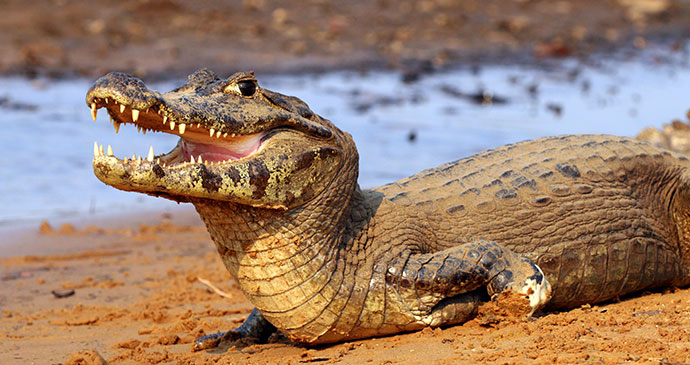 Crocodilians are among the most ancient of living reptiles, their form having scarcely changed in 100 million years. With a muscular tail, hefty jaws, superlative strength and razor-sharp teeth, these are the bruisers of the reptile school. Little wonder that the immense seasonal gatherings of their Pantanal representative – the yacaré caiman, or simply yacaré – are one of the biggest wildlife attractions in South America. 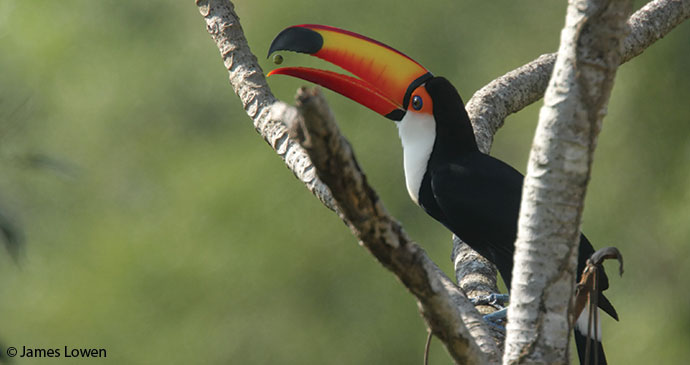 Sailing between forest canopy and fruiting tree on wings that alternately flap frantically and glide languorously, the toco toucan  would make an incongruous sight even without its outsized banana of a bill. This massive appendage provokes both astonishment and mirth in the first-time observer who may only know the bird from tourism adverts or television commercials. 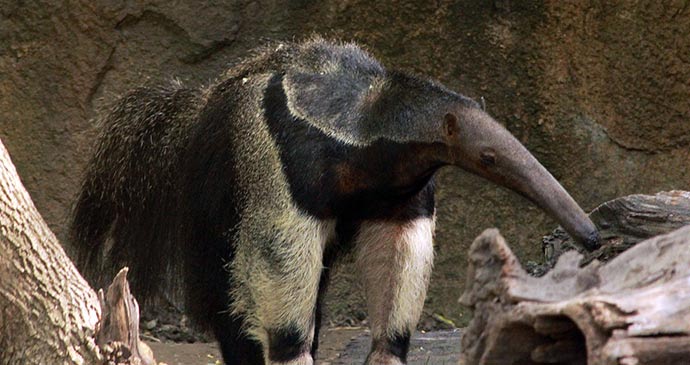 Lumbering through grasslands on its daily trip to harvest termite mounds in its home range, a giant anteater evokes awe and amusement in equal measure. Measuring up to 250cm from snout to tail and weighing more than 30kg, this is a big animal. But with its Pinocchio-like snout and shaggy tail, the ‘ant bear’ (as it is known in Spanish) has an undeniably comical demeanour.

Check out more of the fascinating wildlife of the world’s greatest wetland in our Pantanal Wildlife guide: