A wholly Arctic bird, widespread in the tundra, the snowy owl is large and striking, yet, in spite of its conspicuous whiteness, it is a somewhat elusive bird. However, with luck, it may be seen perched in virgin whiteness on a convenient eminence. It may even astonish a seawatcher by flying past a ship at sea, on passage from lemming island to lemming island. 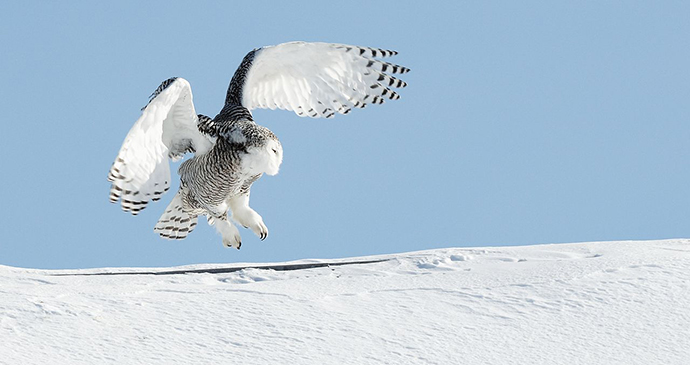 Pure white, with a certain amount of black barring, it is well camouflaged against the snow.Well adapted to extreme cold, it has feathered trousers and its feet have pads which are covered by specialised corny feathers, which minimise heat loss and lift the bird off the icy ground.

Circumpolar and a decidedly marine mammal, the polar bear’s whole life is associated with the pack ice. Normally living within 200 miles of the shore, polar bears travel as far north as the pole. From east Greenland to Novaya Zemlya there may be 5,000 individuals, 2,000 of themin Svalbard waters. Satellite tracking has shown that polar bears range widely between southern Svalbard and Novaya Zemlya. 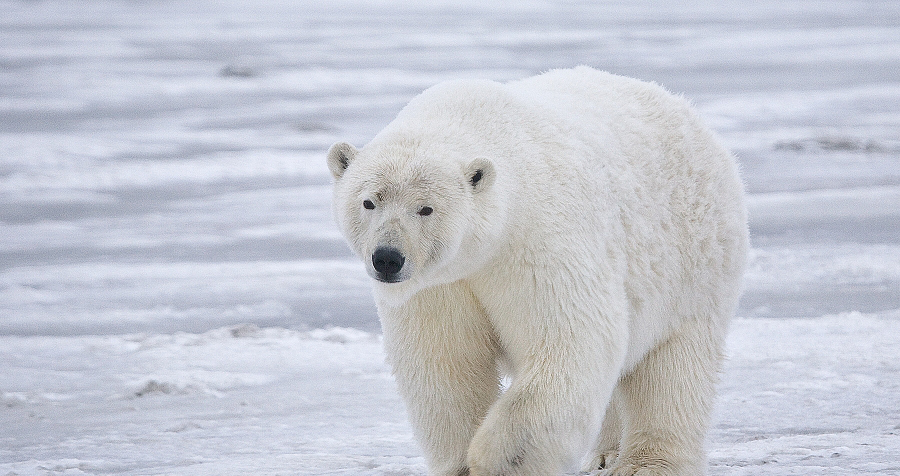 The polar bear is a huge animal, especially threatening when it stands up on its hind legs. Males may be 2.6m long and weigh over 400kg, females rather less. 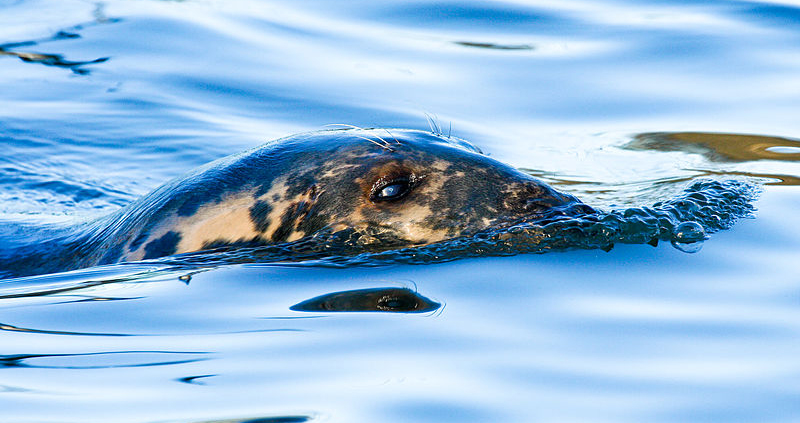 The ringed seal is a strictly Arctic species, seen in high latitudes to the pole itself, and widely distributed in the Canadian Arctic, Greenland, Svalbard, Novaya Zemlya and the Siberian coast. It is also found in the North Pacific, Lake Baikal and the Baltic and Caspian seas. The ringed seal is the smallest and most abundant of the Arctic seals: it reaches amaximumlength of 150cmand weighs up to 100kg. It is shy of close approach, with good reason, since it is the favourite prey of polar bears. These seals are marked with grey-white rings on dark grey backs, while their underparts are generally an unspotted silver. 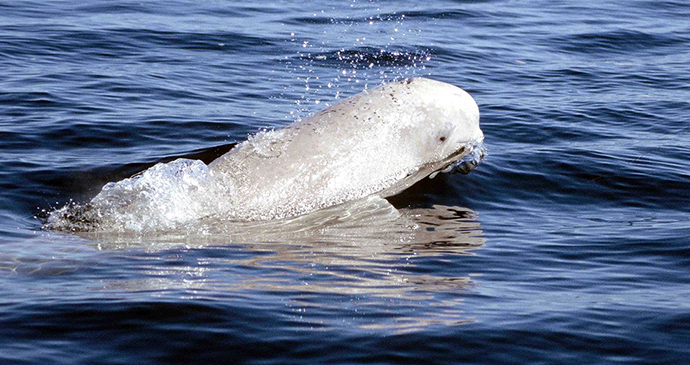 Truly Arctic, the beluga (Russian for ‘white one’) is a small whale found in ArcticCanada,Greenland, Svalbard andRussia. It weighs over a tonne and averages about 4.5m (14.8ft) in length.The beluga is the easiest of all whales to identify by its pure white colour, although this yellows with age. Rotund and robust, the beluga is a sociable creature, rarely alone, and relatively common around the ice. Regarded as a shallow-water whale, it nevertheless spends much time diving in deep water. It is not uncommon around the fjords of West Spitsbergen, but the best chance of finding a beluga is in the Davis Strait and around Baffin Island in the Canadian Arctic. 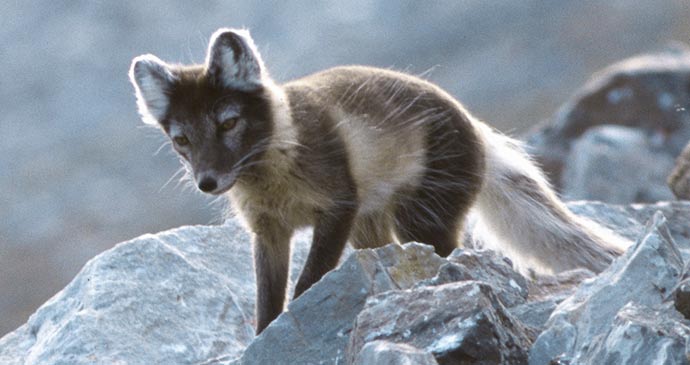 Circumpolar and restricted to the Arctic, these foxes are most abundant in the coastal regions, although they wander freely over the sea ice. Often the only indigenous land mammal present in a region, for instance on Svalbard. They are small, much smaller than the red fox of lower latitudes, with a length of 46–66cm, of which more than half is tail. The dog is heavier than the vixen, varying between 2.9–3.6kg.

To learn more about the wildlife of The Arctic, take a look at our guide: