To think of Galápagos is to think of tortoises. Indeed, the very name Galápagos is derived from an old Spanish word referring to their saddle-like shape. 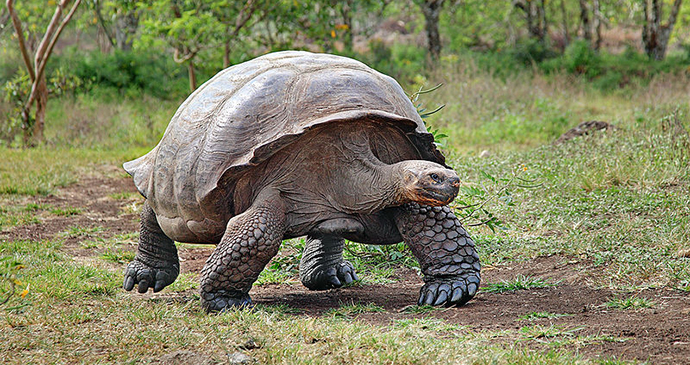 Today, the best places to see wild tortoises in the Galápagos are the highlands of Santa Cruz or Volcán Alcedo on Isabela, although Alcedo is temporarily closed at present while the park wardens eradicate feral goats on the volcano.

Today there are only 11 Galápagos tortoise subspecies surviving, one of which, Geochelone elephantopus abingdoni from Pinta, is represented by a single individual now living in captivity, fondly named ‘Lonesome George’.

No animal is more quintessentially Galápagueño than the endemic marine iguana. The only truly marine lizard in the world, it is common throughout the coastline of the archipelago. Growing in excess of 1.5m and weighing up to 13kg, this large, black lizard feeds almost exclusively on marine algae. The larger males, particularly, are able to swim through the surf and dive to a depth of 10m to hang on to the rocks with their powerful claws and graze the algae. 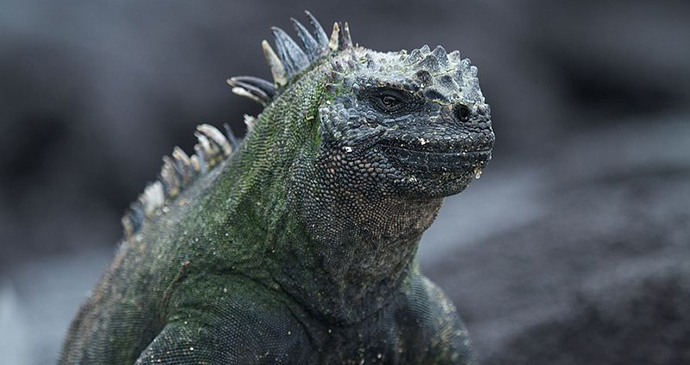 The blue-footed booby is one of the archipelago’s most sought-after birds, not because it is rare but because it is entertaining. Everyone who visits the islands will certainly see it. Their plunge-diving abilities are phenomenal, and it is spectacular to watch a flock dive, in synchrony, on to a school of fish. 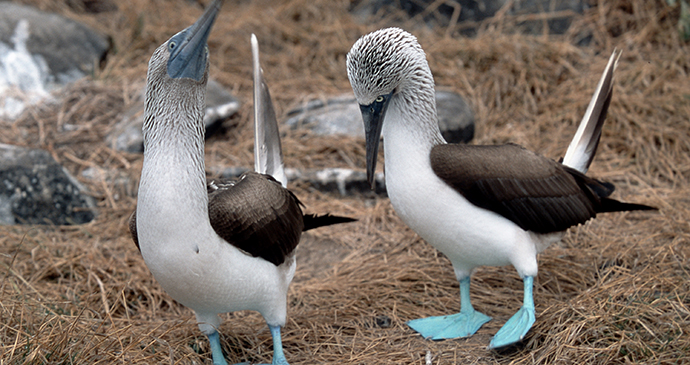 Although by far the least common of the three boobies in Galápagos, the blue-foots are the most often seen, as their many small colonies are spread throughout the archipelago.

The endemic Galápagos fur seals are the smallest of the world’s seven fur seal species, with males only reaching 65–80kg in weight and females up to 27kg. Despite their numbers (which approximate those of the sea lions) they are less frequently seen by visitors than are sea lions. Their stronghold lies in the upwelling zones in the west of the archipelago, away from most visitor sites. The best place to see fur seals is at Puerto Egas on Santiago. 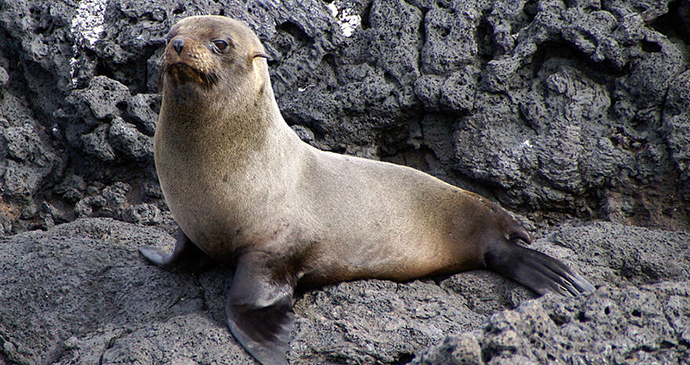 If you’re itching to discover more of Galápagos’s wonderful wildlife, pick up a copy of our dedicated guide: