Kenya is an ethnically diverse country, with some 40 different tribes placed in three major linguistic groupings: Bantu, Cushitic and Nilotic. Of these, the Cushitic speakers, who originate further north in Ethiopia, have held tenure in Kenya the longest, probably about 3,000 years, though only the tiny Boni tribe are thought to be survivors of that earliest wave of arrivals, with the Somali and Rendille being more recent arrivals. Likewise, Nilotic-speakers have migrated into Kenya from the Sudanese Nile Valley on several unrelated occasions, with the earliest being the Kalenjin at least 2,000 years ago, and the most recent being the Maasai and Samburu within the last 300 years.

Bantu-speakers account for more than 70% of Kenya’s population, withthe most significant individual tribes being the Kikuyu (21% of the total population), Luhya (14%), Akamba (11%), Gusii (6%), Ameru (5%), Embu (1.2%), Taita (1%) and Swahili (0.6%). It seems certain that these different tribes are the product of several different migrations into the region, as well as more localised movements, over the past two millennia. 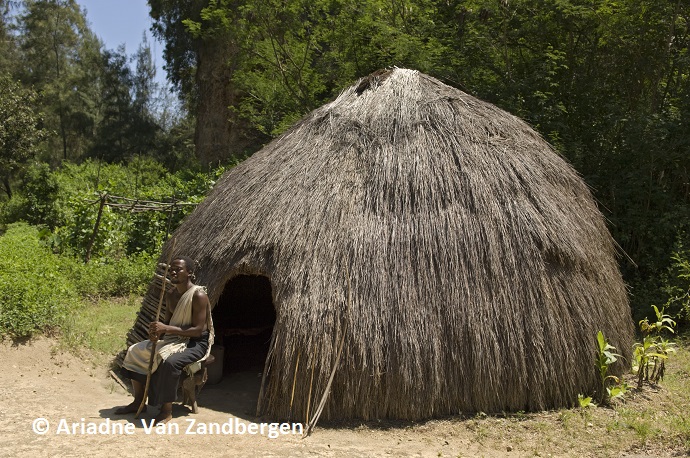 The most important of these involved the Kikuyu, Ameru, Akamba and Embu, all of whom live in and around the central highlands north and east of Nairobi, speak mutually understandable languages, and share varying degrees of cultural affinity. Oral traditions suggest that a common ancestor of all these tribes was a group of Bantu-speaking agriculturists that migrated from somewhere further north to the Nyambeni Hills (northeast of Mount Kenya) in the 13th century and expanded their influence all across the central highlands over the ensuing 300 years.

Although Nilotic- and Cushitic-speakers account for about 30% of Kenya’s total population, the territory they inhabit comprises more than 70% of its surface area, including most areas that are neither suitable for agriculture nor set aside as national parks. 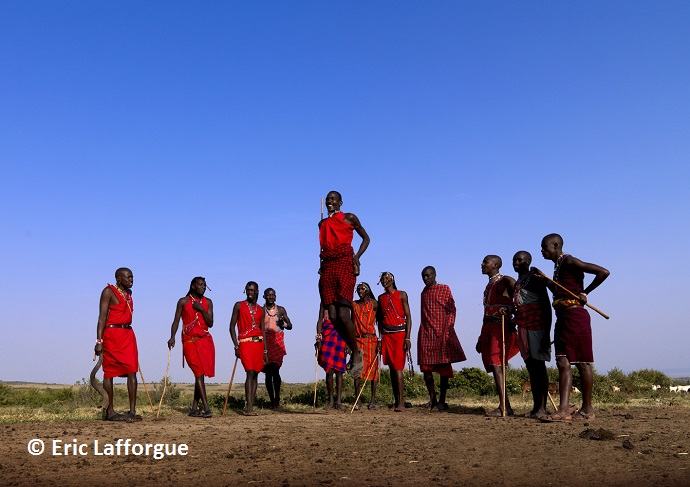 The Masaai are Kenya’s most famous tribe © Eric Lafforgue

The most numerically significant of these tribes, the Nilotic-speaking Luo and the Kalenjin, are the third- and fourth-largest in Kenya respectively, each accounting for slightly more than 12% of the total population. Most other Nilotic- and Cushitic-speaking tribes are pastoral nomads whose territories range across the vast arid badlands of the north and southeast. Although these tribes are mostly insignificant in numeric terms – indeed, none accounts for more than 1.5% of the total population – their adherence to traditional cultures and costumes makes them of considerable interest to visitors.