The word ‘Slow’ is used a lot these days in terms of travel – but what does it actually mean? For us, it’s more than Slow food or Slow cities – it’s more an attitude, taking time to ponder, savour, explore and reflect. The idea of Slow may have connotations of exploring rural places, but it also embraces the built-up environment. Slow tourism is about changing down a gear and enjoying the essence of a place, rather than a headlong, high-carbon, non-sustainable, superficial dash around. Ultimately it’s a realisation that one can often get a fuller picture by immersing oneself in a small area. 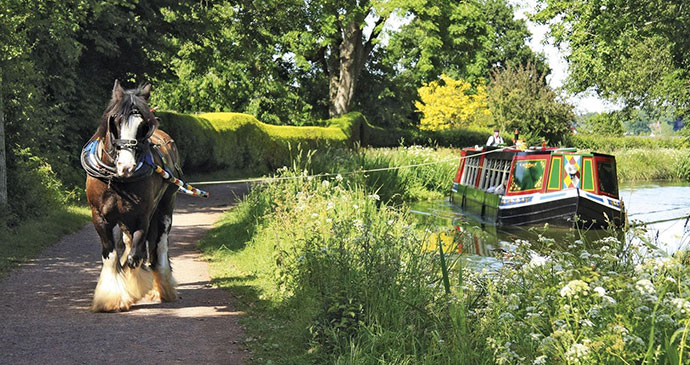 The Slow concept tunes in with a reaction against ‘clone towns’ in an age of increasing standardisation, with the realisation that it makes no sense to travel without an awareness of one’s surroundings. I feel that personal contact is one of the most rewarding aspects of travel, so I always chat to local people including garden owners, craftsmen, curators of rural museums, shopkeepers and wildlife experts – among many others.

Mingle among locals at a farmers’ market and nibble on some local delicacies, become a volunteer at a local charity, learn about local music and crafts at a heritage centre, or take a guided walk with a naturalist to find wildflowers. There are endless ways to make the most of pottering around in the Slow lane.

Our Slow Travel series evolved, slowly, from an editorial meeting when we started to explore ideas for guides to our favourite country – Great Britain. We wanted to get away from the usual ‘top sights’ formula and encourage our authors to bring out the nuances and local differences that make up a sense of place – such things as food, history, nature, geology, or local people and what makes them tick. So without our realising it at the time, we had defined ‘Slow Travel’, or at least our concept of it. For the beauty of the Slow movement is that there is no fixed definition; we adapt the philosophy to fit our individual needs and aspirations.

Thus Carl Honoré, author of In Praise of Slow, writes: ‘The Slow Movement is a cultural revolution against the notion that faster is always better. It’s not about doing everything at a snail’s pace, it’s about seeking to do everything at the right speed. Savouring the hours and minutes rather than just counting them. Doing everything as well as possible, instead of as fast as possible. It’s about quality over quantity in everything from work to food to parenting.’ And travel. So take time to explore. Don’t rush it, get to know an area – and the people who live there – and you’ll be as delighted as the authors by what you find.