In Ethiopia’s Omo Valley and the far western lowlands near Sudan is a variety of peoples whose modern lifestyle is still deeply African in every sense – in fact, you would struggle to find people anywhere in east Africa socut off from the mainstream of modern life. Some of the different tribes likely to be encountered by visitors to South Omo are as follows:

The most celebrated residents of South Omo, the Mursi – the subject of several television documentaries and books – are best known forthe lip plates worn by the women. The custom is that when a Mursi woman reaches the age of about 20, a slit is cut beneath her lowerlip, creating a small hole between the lip and the tissue below. Over the next year, this gap is progressively stretched, forming a ‘lip loop’ large enough for a small circular clay plate, indented like a pulley, to be inserted between the lip and the mouth. As the lip stretches, so theplate is replaced with a larger one, a process repeated until eventuallyshe can hold a clay plate of perhaps 15cm (6 inches) in diameter. The larger the lip plate a woman can wear, the greater her value when sheis married, but the path to matrimony is no smoother for Mursi men,with rival suitors traditionally partaking in a violent stick fight thatfrequently goes to the death.

The dominant people of Weita, on the Konso–Jinka road, are this groupof around 5,000 subsistence farmers who practise flood cultivation ofsorghum and maize, but also rear cattle and keep beehives. The Tsema speak an east Cushitic language closely related to Konso, which is fromwhere their founding chief hailed some 200 years ago. Tsemai societyis structured around four fixed age-sets, which graduate in seniorityonce a decade, when a new generation of boys aged 11–22 is initiated.

Occupying the largest territory of any group in South Omo, extendingfrom the northern border of Mago National Park into the highlands around Jinka, the Ari numbered 100,000 souls in the 1984 census, and the population is much larger today. They speak an Omotic language, and are mixed farmers who grow grains, coffee and enset, keep livestock and produce excellent honey. In rural areas, Ari women might still wear a traditional gori (a dress made with leaves), and decorate their waist and arms with colourful beads and bracelets.

Numbering about 35,000 and occupying a large territory running east from the Omo River to Lake Chew Bahir, these are archetypal people of South Omo. Not only do they speak one of the Omotic tongues unique to this small area of southern Ethiopia, but their elaborate selection of body decorations embraces the full gamut of Omo specialities (excepting for lip plates). The women have thickly plaited and ochred hair hanging down in a heavy fringe, leather skirts decorated with cowries, a dozen ormore copper bracelets fixed tightly around their arms, and thick weltson their body created by cutting themselves and treating the wound with ash and charcoal. The men, though also given to body scarring, are more plainly adorned, though some have clay hair buns fashioned on their heads – indicating that they killed a person or a dangerous animal within the last year. The most important event in Hamer society is the Bull Jumping Ceremony, the culmination of a three-day-long initiationrite held between late February and early April. 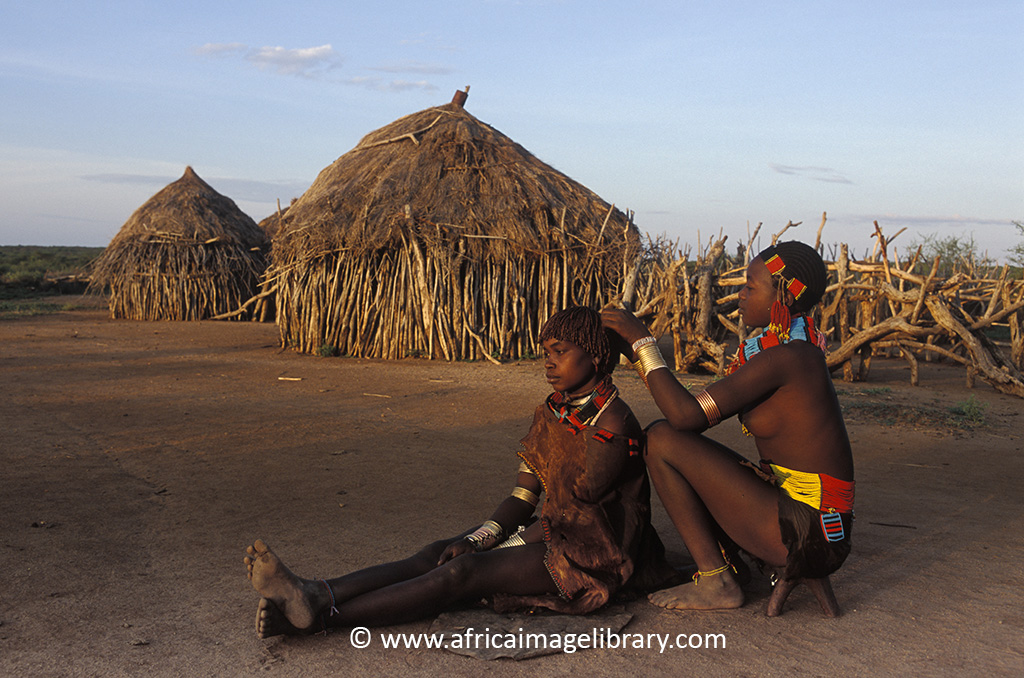 Originally pure pastoralists who lived a nomadic lifestyle, the Dasanechare migrants from the Turkana region of Kenya, and the abundant water frontage and fertile soil of their present territory has subsequently pushed them towards a more diverse economy, based around fishing and agriculture as well as livestock. The nomadic roots of the Dasanechare most clearly seen today in their flimsy traditional domed huts, which are strongly reminiscent of the impermanent structures built byother African desert pastoralists.

This small tribe, which inhabits the east side of the Omo River, is best known for the elaborate body painting indulged in by the men, who daub their torsos with white chalk paint, in imitation of the plumage of a guinea fowl, and complement this with colourful facemasks preparedwith a combination of chalk, charcoal, powdered yellow rock and ironorpastes. The hairstyle favoured by the women is also striking: tightlycropped at the side, and tied into bulbous knots and dyed ochre on top,it looks as if they have rushed out of the bathroom without removing their shower cap. 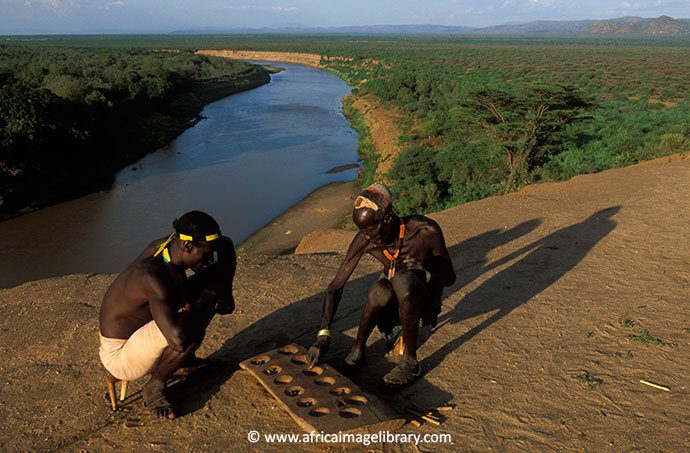 A tribe of around 6,000 pastoralists who live on the western side ofthe Omo River, the Bumi speak an eastern Nilotic language, and their affiliations with the Turkana people of northern Kenya are immediately evident in the tentacle-like tangle of leather necklaces and side-cropped hairstyles worn by the women. The men share with the Turkana areputation for aggression and ferocity, and they are often involved infatal inter-tribal cattle raiding altercations with their neighbours.