Every year the British Guild of Travel Writers host an awards dinner in London, celebrating their members’ achievements as well as examples of outstanding tourism projects. 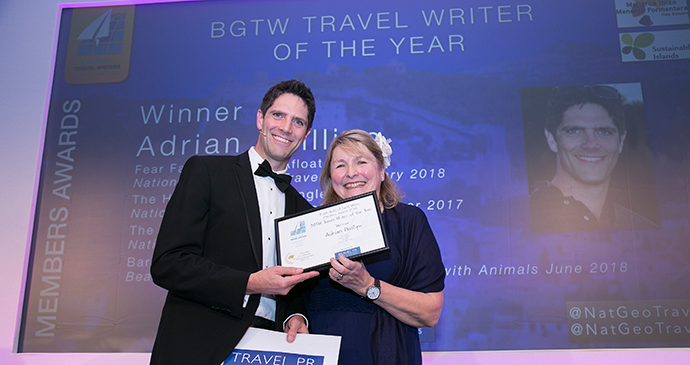 2018’s ceremony saw Bradt authors take both of the top book prizes, as well as a triumph by our MD Adrian Phillips, who scooped up three awards including Travel Writer of the Year!

James Lowen was awarded the Adele Evans Award for Best Guidebook for 52 European Wildlife Weekends, published earlier this year. 52 European Wildlife Weekends is the first guide of its type to focus specifically on the vast array of wildlife-watching opportunities found in Europe, and includes 52 weekend-sized breaks highlighting the best of European wildlife including mammals, reptiles, amphibians, flora, butterflies, dragonflies and birds. James’s book looks to prove that Europe has enough exciting living creatures amid jaw-dropping landscapes to fill an entire lifetime of wildlife-watching. 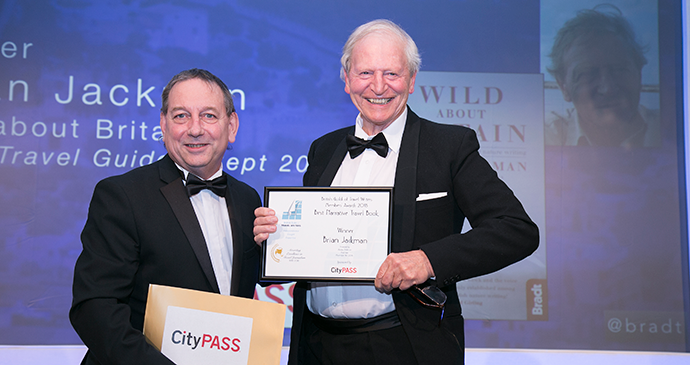 The Best Narrative Travel Book award was presented to Brian Jackman for his collection of nature and travel writings published in late 2017, Wild about Britain. Spanning 40 years of Brian’s career Wild about Britain is a nationwide celebration of Britain’s unspoiled coast and countryside, concentrating in particular on Britain’s wildlife and the wild places in which its most spectacular species are found, but also touching on fishing, sailing and the way Britain’s history has shaped the landscape. You can read extracts from Wild about Britain here.

Our MD Adrian Phillips scooped the top honour on the night – the BGTW Travel Writer of the Year award – as well as gongs for Best Destination Feature and Best Wider World Feature. This clean sweep of awards added to Adrian’s success at last month’s Travel Media Awards, where he named Consumer Writer of the Year. The whole team are really proud of his achievements!

Interested in reading 52 European Wildlife Weekends and Wild about Britain? Get 10% off in our online shop: