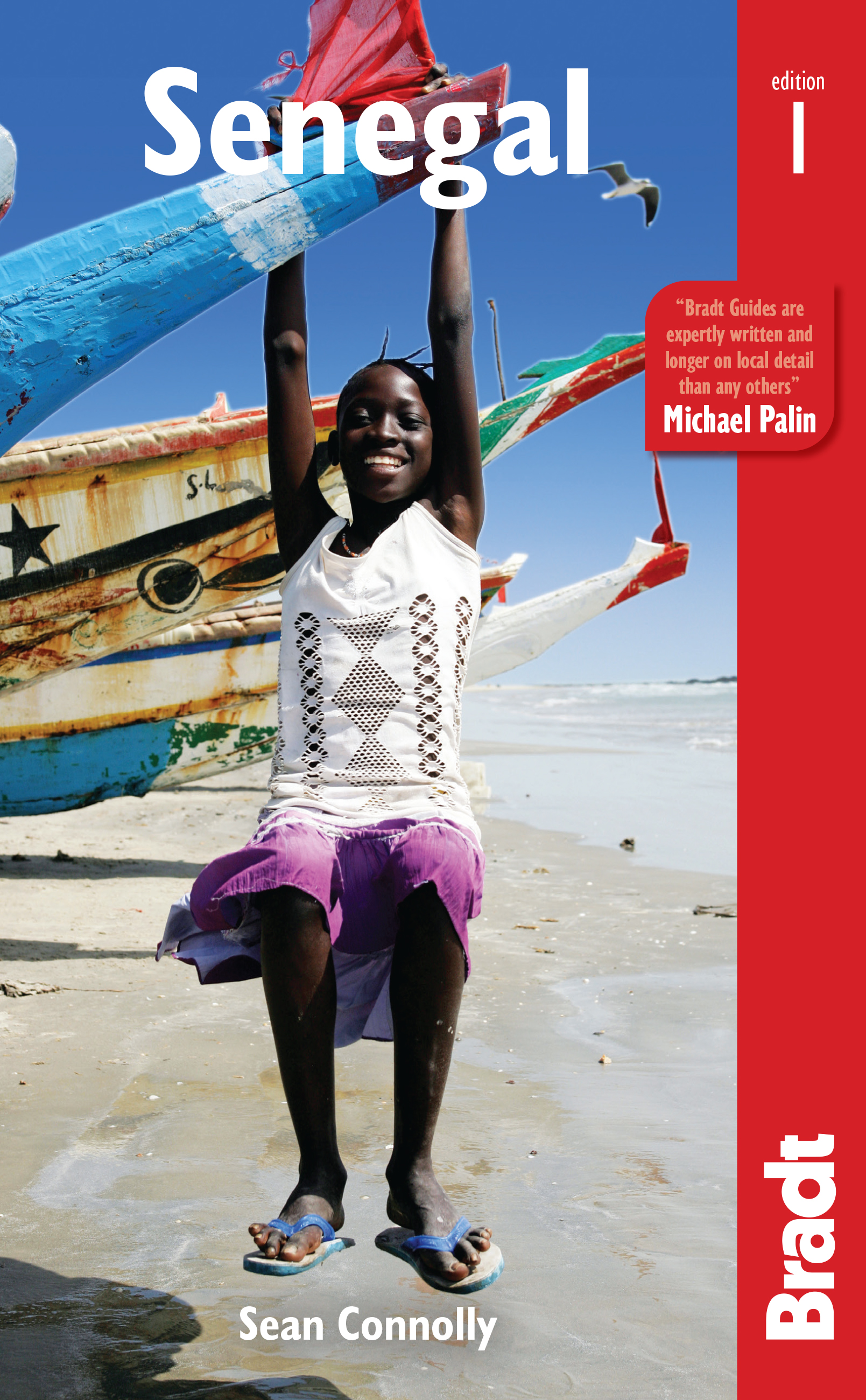 Officially declared Ebola free on 17th October, Senegal is open once more to adventurous travellers. Before the crisis, Senegal experienced an 11% increase in tourist visitors each year and had recorded the highest number of tourist arrivals of anywhere in the region. It isn’t difficult to see why, as Senegal offers west Africa in microcosm: a fantastically frenetic capital city, a wealth of wildlife spectacles and an intriguing, ex-colonial culture.

Yet despite the multitude of its attractions and the ease of access from western Europe, until now Senegal has been largely ignored by guidebook publishers, with just 29 scant pages the most detailed of the available offerings. Bradt’s new guide written by Sean Connolly attempts to redress this imbalance with detailed background information, comprehensive sections on trekking, bird-watching and wildlife and 35 invaluable maps.

Sean Connolly first travelled to West Africa in 2008, and has been returning to study, work, or backpack around the region ever since. When he’s not discussing verb tenses, diplomatic recognition, or the merits of camel meat, you may find him riding in the back of a grain truck, sampling questionable local delicacies, or seeking out a country’s funkiest records—a distinct pleasure in as music-mad a country as Senegal. Raised in Chicago and educated in New York, Sean is a full-time culture fiend (read: anthropology graduate) and stays on the move whenever possible.

To request a review copy or to arrange an author interview please contact Hugh Collins hugh.collins@bradtguides.com