In this extract from her new book, A Cheetah’s Tale, HRH Princess Michael of Kent discusses the process of releasing cheetahs into the wild.

When visiting Dr Laurie Marker at her Cheetah Conservation Fund (CCF) at Ojiwarongo in Namibia, my experiences have been somewhat different. According to the law in that country, they may not breed cheetahs. … Dr Laurie’s aim is to have no captive cheetahs at the centre other than the few hand-reared orphans she calls her ‘ambassadors’ – animals used for training and education purposes. Interestingly, these ambassador cheetahs are exercised by having them run chasing a tag attached to a wire driven electrically and at great speed – a more sophisticated version of what I did with Tess all those years ago. The older cheetahs know the game and usually two are set to run against one another. If they catch the tag, they receive a small piece of meat on a long ladle as a reward. 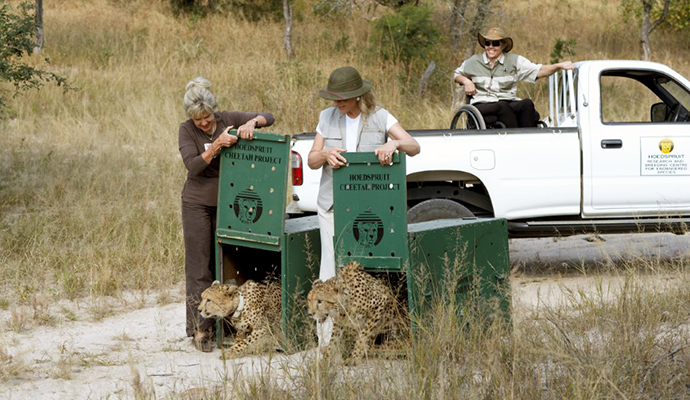 But cheetahs are cunning, and if the tag is attached to a wire that runs in a circle, they will simply cut across the field to catch it on the diagonal. The operator also has to be clever and change the direction of the travelling tag, forcing the cheetah to double back until it pounces successfully. However, if unsuccessful, the cheetah may well just sit or even lie down, bored, exhausted and needing to wait for its blood pressure to lower. Another cheetah may not want to release its prize tag, and then I have witnessed a great deal of bribing with choice pieces of meat to make it let go. Rarely do two cheetahs follow the same lure: they seem to adopt the same idea of seniority as do dogs – or elephants for that matter. It is not even a question of size or age – just attitude. 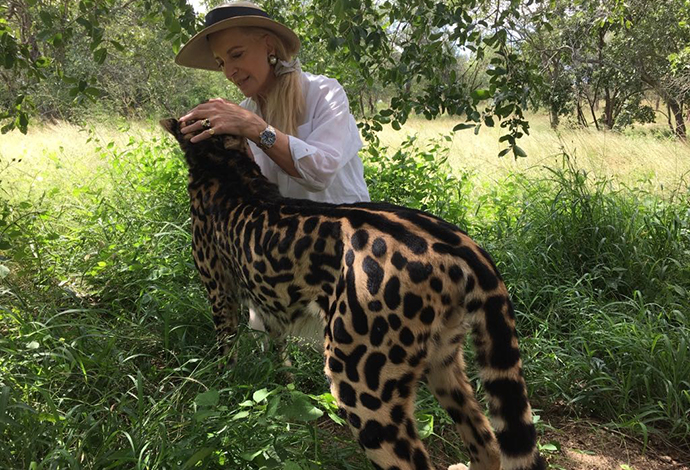 Since I became the Royal Patron of the CCF in Namibia, I have renewed my trips to that beautiful country I first visited in 1962 when it was called Southwest Africa. Not long ago I was there with Dr Laurie and her team to watch her release three male cheetahs into a friend’s substantial estate where there was room for them. It was fascinating to watch the big cats follow a vehicle towing a dead antelope out of the safety of their large enclosure and into the open countryside. Eventually, the carcass was released and the cheetahs dragged it under a bushy tree. Too excited to be hungry, perhaps, they nibbled at it a little, but seemed more interested in exploring their new ‘home range’, finding a ‘playing tree’ to read and learning from the scent an earlier passing cheetah had left there. From this a cheetah can determine the competition’s age and strength. Also they were three, and he only one, so perhaps an older cheetah… all information for the new boys on the block to store away carefully while establishing a territory for themselves.

After a while, we left the three liberated boys to get on with their life – adventure seemed even more interesting than eating at this time. They each wore GPS collars and we knew we could find out if they had gone back to the carcass we had given them or abandoned it to other predators. Would they find more food? We worried a little – they were young and inexperienced and to leave a big, freshly killed antelope seemed foolish. With relief we heard that evening that all three had returned and eaten their donated kill, leaving – as always with cheetahs – a perfectly intact and clean skeleton.