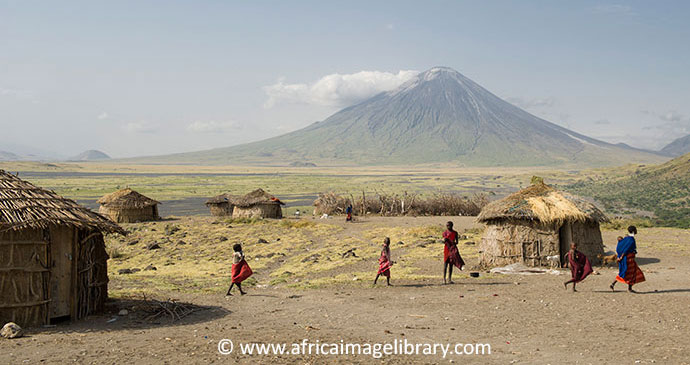 A surprisingly frequent cause of friction on safaris is the somewhat entrepreneurial Maasai attitude to being photographed by tourists. It’s an issue that frequently leads visitors to conclude that the Maasai are ‘too commercialised’, a misguided allegation that reflects Western misconceptions and prejudices about Africa far more than it does any aspect of modern Maasai culture.

The root cause of this misunderstanding is a Western tendency to distinguish between ‘authentic’ traditional practices and more cosmopolitan influences, rather than recognising both as equally valid components in the ever-evolving hybrid that is modern African culture. To give one clearly identifiable example, you’ll find that most Africans are devout Christians or Muslims, yet many also simultaneously adhere to an apparently conflicting traditional belief system.

On the streets of Arusha, suited businessmen yapping into mobile phones and trendy safari guides brush past traditional Maasai street hawkers, a co-existence of modernity and traditionalism that seems contradictory to outsiders but is unremarkable to the country’s inhabitants. What’s more, the same slick businessmen or casually dressed safari guides might well visit traditional healers on occasion, or return home for tribal ceremonies dressed in traditional attire, to all outward purposes indistinguishable from less ‘Westernised’ relatives who always dress that way.

The point is that the Maasai, like us, are living in the 21st century, and a variety of external factors have combined to ensure that their culture is not a static museum piece, but a dynamic, modern entity.

The point is that the Maasai, like us, are living in the 21st century, and a variety of external factors – among them, population growth, the gazetting of traditional grazing land as national parks, exposure to other Tanzanian cultures and exotic religions, the creation of a cash economy – have combined to ensure that their culture is not a static museum piece, but a dynamic, modern entity.

Another point of confusion is the only direct exposure to Maasai culture experienced by most visitors takes place in ‘cultural villages’ where tourists wander around as they please and photograph whomever they like after paying a fixed fee. There is nothing wrong with these villages, and much that is commendable about them, but they should be approached with realistic expectations – essentially, as cottage industries whose inhabitants derive a substantial portion of their living from tourist visits. And most such villages are longstanding Maasai settlements whose inhabitants live a largely traditional lifestyle. Indeed, it is we, the tourists, who are the distorting factor in their behaviour.

Make no mistake, were you to wander off into a Maasai boma that doesn’t routinely deal with tourists, the odds are that its inhabitants would simply refuse to be photographed no matter what payment you offered. What’s more, you might well find a spear dangling from the end of your lens if you don’t respect their wishes. So concluding that the Maasai are ‘too commercialised’ on the basis of an inherently contrived form of interaction is as daft as walking into a London shop and concluding that the English are ‘too commercialised’ because the assistant expects you to pay for the items you select.

There is a deeper irony to this cultural misunderstanding. Here we have well-off visitors from media-obsessed, materialistic Europe or North America fiddling with their Blackberries and video cameras, straightening their custom-bought safari outfits, and planning the diet they’ll go on back home to compensate for the endless lodge buffets. They are confronted by a culture as resilient, non-materialistic and ascetic as that of the Maasai, and they accuse it with a straight face of being ‘commercialised’.

This genuinely concerns me: are we so culture bound, so riddled with romantic expectations about how the Maasai should behave, that any slight deviation from these preconceptions prevents us from seeing things for what they are?

So let’s start again. The Maasai are proud and dramatically attired pastoralists who adhere almost entirely to the traditions of their forefathers. They fascinate us, but being the bunch of gadget-obsessed wazungu we are, our response is not to absorb their presence or to try to communicate with them, but to run around thrusting cameras in their faces.

And this, I would imagine, irritates the hell out of those Maasai who happen to live along main tourist circuits, so they decide not to let tourists photograph them except for a fee or in the context of an organised tourist village. In theory, everybody should be happy. In practice, we somehow construe this reasonable attempt by relatively poor people to make a bit of honest money as rampant commercialism.

Okay, I recognise this is a bit simplistic, but we create the demand, the Maasai satisfy it, and if we pay to do so, that’s just good capitalism, something the West has always been keen to encourage in Africa. If you don’t like it, save space on your memory card and buy a postcard – in all honesty, you’ll probably get a lot more from meeting these charismatic people if you leave your camera behind and enjoy the moment!