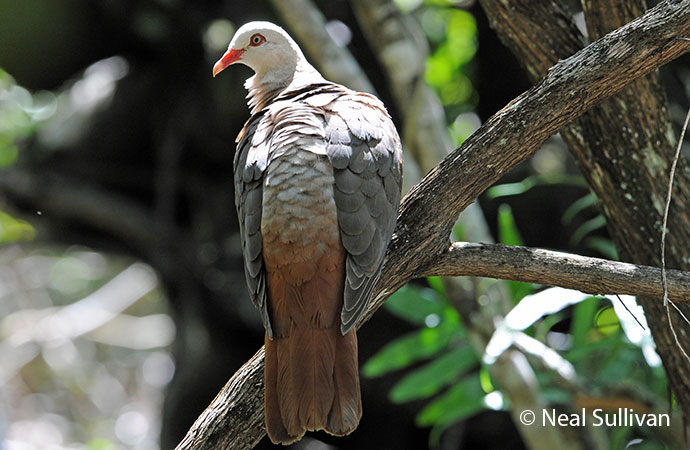 The answer seems to lie in the pink pigeon’s dietary preferences.

The pink pigeon’s continued existence has left some naturalists puzzled. It has been questioned why this bird survived the colonisers’ presence on the island, when the similarly sized Mauritius blue pigeon, with which it shared its habitat, was exterminated.

The answer seems to lie in the pink pigeon’s dietary preferences. Apparently, its favoured food was the fruit of a shrub known as fangame (Stillingis lineata), which has an intoxicating effect. It is said that when fangame berries were in season, the pink pigeons would gorge themselves and flop to the ground in a drug-induced daze. As such, they were an even easier target for hunters. However, the Dutch soon realised that every time they ate a pink pigeon pie, they felt quite dreadful. So the pink pigeons were left alone and are still around today, whilst the last Mauritius blue pigeon (Alectroenas nitidissima) was shot as long ago as 1826.