To travel through Patagonia and feel overwhelmingly alone is natural; to feel as though you are surrounded by limitless land and wilderness seems obvious.

It is a twist on the words of Samuel Taylor Coleridge’s Rime of the Ancient Mariner, but the analogy is apt. To travel through Patagonia and feel overwhelmingly alone is natural; to feel as though you are surrounded by limitless land and wilderness seems obvious. Yet there is seemingly not enough land here to house the few thousand Mapuche people who have been displaced from their ancestral homeland. Patagonia encompasses an area of over 770,000km² yet an estimated 90% is privately owned. This came to international attention in 2002, when the well-known clothing company Benetton came under fire.

Luciano Benetton, the Italian textile magnate, owns 900,000ha of land in Patagonia, producing wool and leather for export and production overseas. Eight Mapuche families, discovered ‘squatting’ at Leleque (where they had worked loading wool and leather on to trains), growing a vegetable garden and raising some animals, were ordered to remove themselves from the private property – they subsequently sued and lost. As compensation, Benetton constructed the Leleque Museum to ‘narrate the history and culture of a mythical land’; there are also plans to reactivate the railway to bring tour groups to the museum. 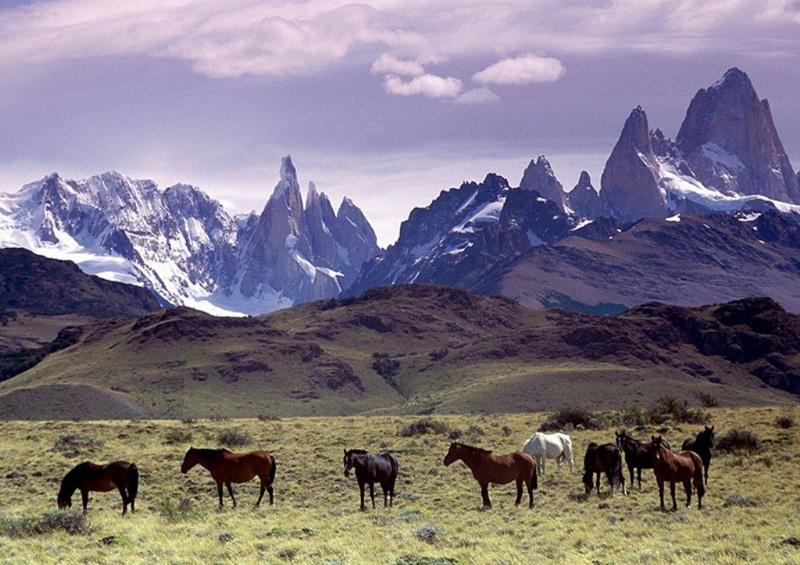 Adolfo Pérez Esquivel, who won the Nobel Peace Prize in 1980 for campaigning against human rights abuses by the military regime, brought the issue to public attention. Benetton agreed to donate some 2,500ha but the Mapuche rejected the offer, refusing to accept as a gift what they claim has always been theirs. In November 2005, Benetton upped the offer to 7,500ha.

In any case the problem of exporting raw materials and lack of investment in infrastructure in Argentina remains fundamental. Recent economic difficulties have put land prices at all-time lows and numerous landowners have asked Conservación Patagónica to purchase their lands. Other buyers are also looking to purchase large tracts of land in Patagonia for oil development, mining, subdivision or for speculation. To seize any private land, both chambers of the National Congress must pass legislation stating that the property is of high value for the country. Passage of such legislation is not easy and has rarely happened.