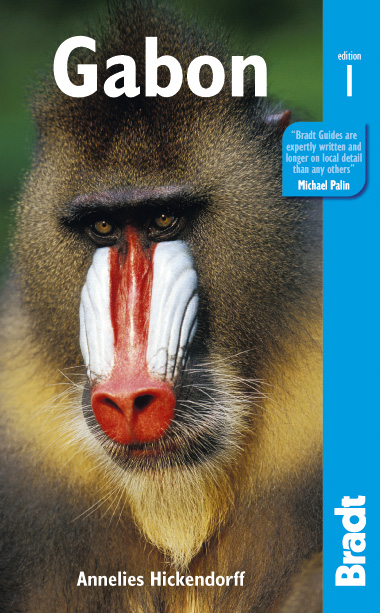 Enticingly dubbed ‘the land of the surfing hippo’, Gabon is a mysterious and rarely-visited country in West Africa. One of the world’s most pristine eco-tourism destinations, 80% of the country is swathed in dense rainforest and populated by chimpanzees and mandrill troops. Gabon is Africa at its purest. Bradt’s Gabon is a pioneering guidebook and the only in-depth guide to the country available. Containing 30 detailed maps, comprehensive accommodation listings, plus information on all the country’s national parks, this is a must-have for the intrepid traveller.  Since publicly destroying its ivory stocks in 2012, Gabon has made a firm commitment to developing as an eco-tourism destination and hopes to attract 100,000 visitors by 2020.

Annelies Hickendorff first set foot in Gabon during an overlanding trip across the continent in 2006. The 25,000km journey gave her a passion for Central Africa and she has been returning to the region ever since.
To request a review copy or to arrange an author interview please contact Hugh Collins hugh.collins@bradtguides.com