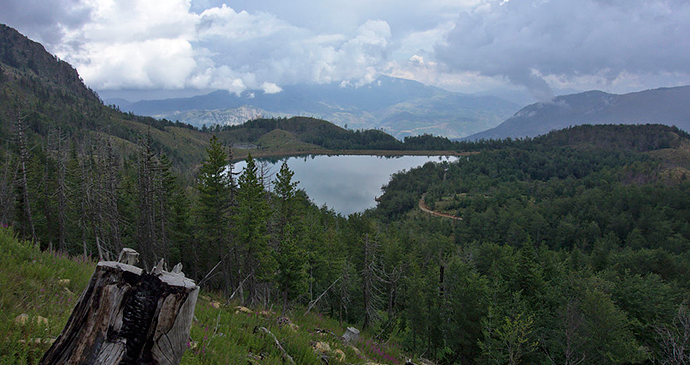 There is plenty of nature and wildlife to be found among the Lura Lakes © Malenki, Wikimedia Commons

The Malësia is a naturalist’s dream.

The Malësia is a naturalist’s dream. The convergence of the central European alpine climate with the Mediterranean produces the richest flora in Europe, with an estimated minimum of 3,200 naturally occurring species of higher plants (compare this with the 1,500 native species of the British Isles). With 14 species of wild thyme, six different mints, lavender and rosemary and 16 different members of the Sage genus, a walk in the highlands simply smells good.

Begin with staring at what’s under your feet: the limestone rock from which the mountains are formed. Some 50–100 million years old, the mountains were forced upwards when Africa hit Europe (in summary) and so everything around you is formed of sedimentary limestone, which was originally coral, on the bottom of a large shallow inland sea. This same limestone and its tendency to dissolve in strange patterns both above and below ground gives rise to the karst geology, characterised by underground rivers, excellent drainage (not so exciting to you perhaps, but thrilling to the plants) and many, many caves. There should also, of course, be many fossils.

As you stand and stare across a valley, the further peaks and rocky outcrops may appear barren, but closer inspection reveals them to be a riot of tiny gem-like plants.

As you stand and stare across a valley, the further peaks and rocky outcrops may appear barren, but closer inspection reveals them to be a riot of tiny gem-like plants, such as alpine succulents, Saxifrage, Sempervivums, Silenes and Sedums (to mention only things beginning with ‘s’). Moving down from the peaks, you find the grassy meadows of the Bjeshkët (‘alps’), an absolutely dizzy fit of flowers from May to July. Here you will find the endemic Albanian lily (Lilium albanicum), as well as fritillaries, several species of orchids, and some of the 32 species of campanula (bellflowers) on record. Dianthus (22 species of pinks), flowering peas and Lathyrus (up to 26 species), Geranium (also a possible 26) and let’s not forget the up to 60 species of clover. And these are just a handful of the things it’s easy to see. 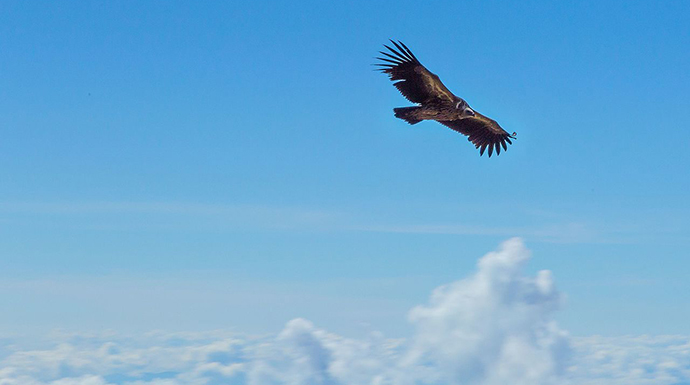 If you can tear your eyes away from all this, you might look up to spot a golden eagle (Aquila chrysaetos) soaring majestically (or dropping a baby goat from a great height to stun it for lunch). Luckily for the eagles, the heights are also hopping with a large population of chamois (Rupicapra rupicapra); watching one casually run straight down a seemingly vertical cliff is a heart-stopping thrill not to be missed.

Descending further, these frequently vertical meadows and rock faces will intersect with marginally more gentle slopes formed by millennia of piled rock debris, now blanketed most often with beech forest (Fagus sylvatica). Besides being straight out of Grimms’ Fairy Tales, these forests also shelter what may well be the largest population of Ursus arctos – brown bear – left in Europe. Although they will avoid you assiduously, sightings are still frequent and signs of their passing – footprings, scratched trees and droppings – are easy to spot. Other large animals you might see signs of include wild boar (Sus scrofa) and, of course, no fairy-tale woods would be complete without … wolves (Canis lupus). There are an estimated 400 wolves in these mountains, making this the largest population in Europe. While hard to spot in the summer, when they move up to the meadows to follow the flocks of sheep and goats, in winter they are extremely prevalent, their tracks are easy to follow (particularly as they circle the houses at night) and an enthusiastic observer can begin to recognise the tracks of individual wolves. Things you are almost guaranteed not to see a sign of (but might like to know are around) include the wild cat (Felis sylvestris) and the very rare Balkan lynx (Lynx lynx). The Balkan Lynx Recovery Programme, which involves Albanian and international biologists, has  been using camera traps since 2008, in an effort to monitor the movements of lynx and other wildlife in the Valbona area. 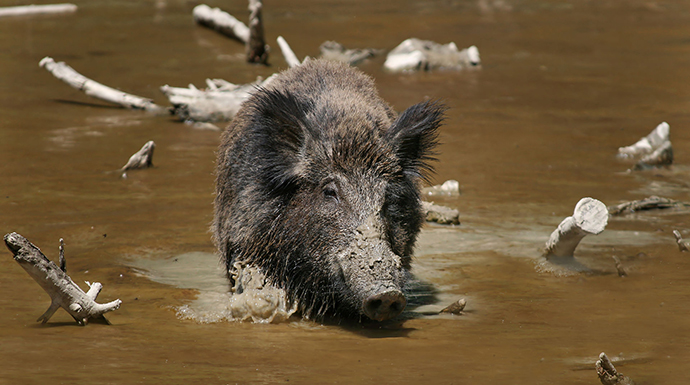 The wild boar is just one of the many species that can be spotted in Albania © Makro Freak, Wikimedia Commons

If you can tear your eyes away from all this, you might look up to spot a golden eagle.

Also lurking in the forest are another plethora of rare (elsewhere) and beautiful plants of which the most notable is the Ramonda serbica, a sort of Balkan version of an African violet. Badgers (Meles meles) make a racket snuffling through the undergrowth, and a rainy day will bring out hordes of fire salamanders (Salamandra salamandra). Once down by the riverbanks, strolling through stands of silvery willows, you can look for the round webbed tracks of the common otter (Lutra lutra) and peer into eddy pools for the highly prized local trout. Smaller animals you might encounter without ever straying from your hotel or guesthouse include such pleasures as red foxes (Vulpes vulpes), the incredibly cute fat dormouse (Glis glis) and the noble eastern hedgehog (Erinaceus concolor).

All of this of course only touches on a fraction of what’s actually here to be seen. Not mentioned yet are such joys as beetles, butterflies, the oddly friendly grasshoppers (pink ones as well as green!), snakes, vipers, cuckoos, woodpeckers – the list goes on and on. 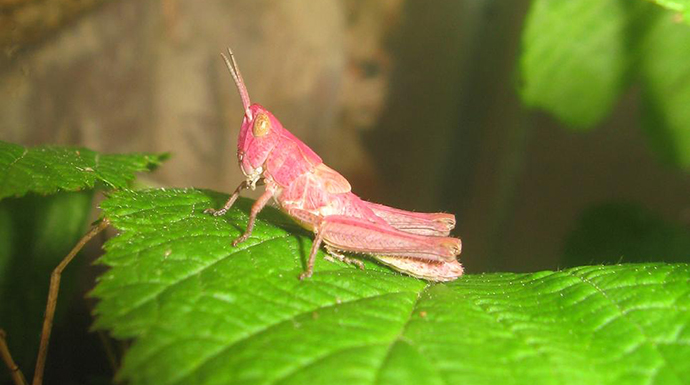 These wonderful pink grasshoppers are friendlier than you may expect © Hirvenkurpa, Wikimedia Commons

Finally, a word of encouragement. One of the main reasons for this richness is the historical isolation and economic neglect of the area. As this changes, these precious populations will come under threat. The interest and enthusiasm of visitors will be invaluable to the future survival of this last remaining corner of wild Europe.

Interested in the Albanian Alps? Don’t miss the new guide to March’s Destination of the Month: