Bordered by the waves of the Atlantic, the deserts of Mauritania and the impenetrable forests of Guinea, Senegal packs in remarkable diversity – it’s perfectly possible to trek the green Fouta Djallon foothills, catch some world-class surf and watch a sandstorm blow in from the Sahara within a day’s journey of each other. Yet the country’s greatest treasure is the hospitality extended everywhere, whether you’ve come to dance to mbalax beats in Dakar, loll in a hammock somewhere along the Petite Côte or escape to an island lost in the rivers of Casamance.

Marvel at the Calpol-coloured waters of Lac Rose 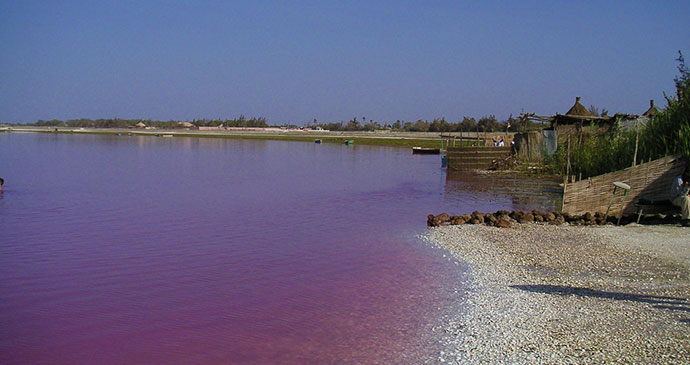 It’s easy to see how Lac Rose got its name © Arnault, Wikimedia Commons

Named after its striking pink hue, the 3km2 Lac Rose lies 35km northeast of Dakar. Depending on the time of year and the light, its waters range from a disorienting sherbet pink during the dry season (November to June) to a murkier, but still markedly amaranth shade once the rains start to fall. The explanation for the otherworldly fuchsia waves lies in the lake’s hypersalinity. With concentrations of up to 40% in parts, it’s one of the saltiest bodies of water anywhere on Earth, and you’re equally buoyant when trying to go for a swim. These conditions are ideal for salt-loving cyanobacteria like Dunaliella salina, which nourish themselves on a combination of salt and solar energy, turning a rich shade of pink in the process. The high densities of salt and minerals also whip themselves into soapy foam with the water’s movements, and tumbling puffs of bubbles reminiscent of an enormous washing machine disaster float across the lake, ending up on the shores and eventually crystallising into a highly prized product, fleur de sel. 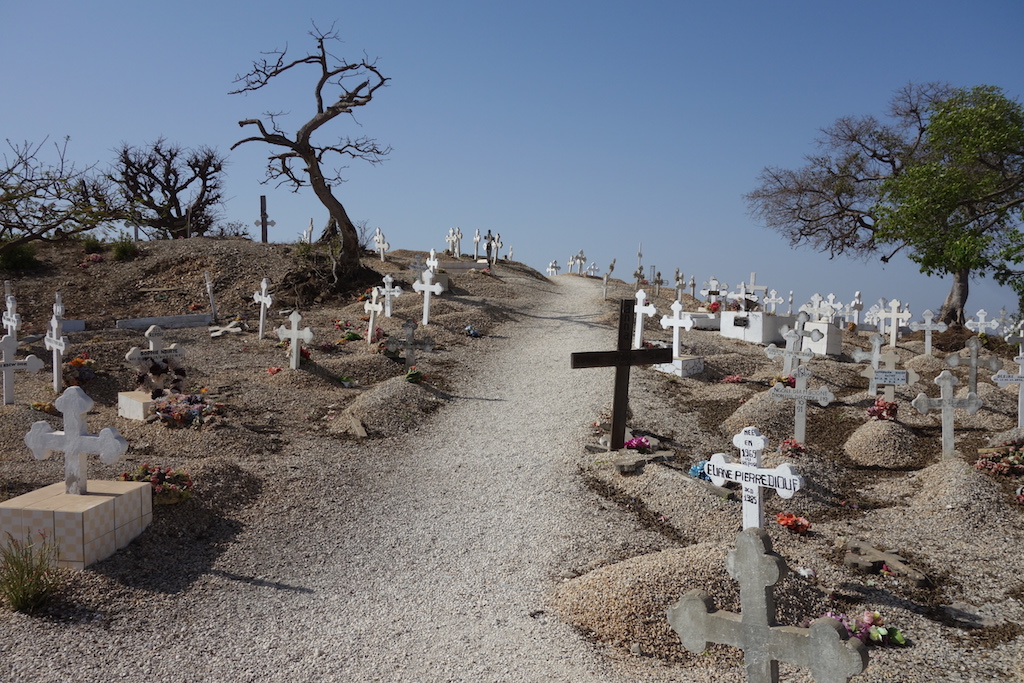 Literally just a massive pile of oyster, mussel, clam, and any other mollusc you can name’s shells that have accumulated over hundreds of years in the Sine-Saloum Delta, Fadiouth is an utterly unlikely city, and is not only a physical but a cultural island as well. Nearly all of its residents are Catholic and the many passageways and streets all converge on a large church at the centre of the island. A footbridge links Fadiouth with the island’s cemetery, a baobab-studded patch of even more seashells, with Christians and Muslims are buried side by side – a poignant tribute to the coexistence that defines Senegal today.

Immerse yourself in Dakar’s music scene 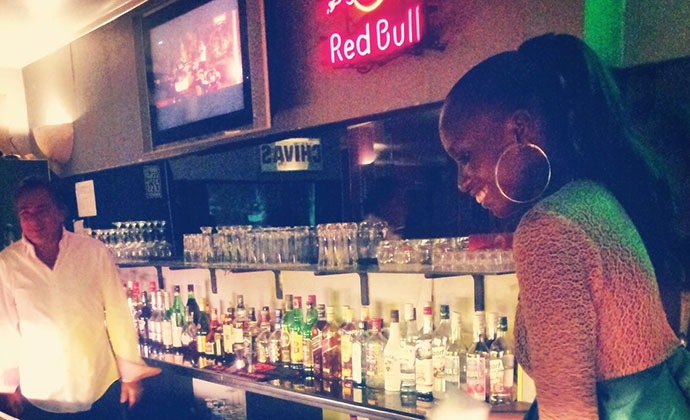 Whether you want to mbalax until morning in a crammed concert hall, sip sophisticated cocktails and strut your stuff with Dakar’s elite, belly up to the smoke-filled bar for one more round, or simply get your toes into the sand and watch the twinkling coastline fall away, Dakar’s got something for you after dark. The champagne set heads straight for Les Almadies, but there’s rootsier dancing in Point E, and Plateau is the place for drinking holes both coarse and classy. Senegal has an easy self-assurance in the superiority of its own culture, and given the embarrassment of riches on offer to any music aficionado, they’re entirely justified in the sentiment. Make no mistake, plenty of western sounds are still to be found, but nothing fires up the crowds like a good mbalax beat, and with one of the most dynamic hip-hop scenes anywhere on the continent, the western influences that do arrive are refreshingly reworked for a local context. 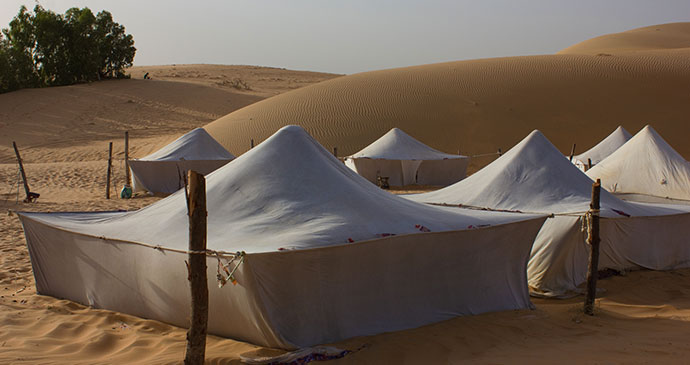 Loumpoul is an unexpected 20km2 patch of towering sand dunes; visitors can get a feel for the Sahara by staying in a traditional Mauritanian tent © elisabethandi, Dreamstime

Like a little chunk of Sahara that got separated from its mother, the Lompoul Desert is an incongruous 20km2 of dunes hidden several kilometres inland from the ocean, but it’s as if you’ve been magically transported miles north to the enormous sand seas of Morocco and Mauritania. While much of northern Senegal sizzles as you’d expect of any good desert, this is the only place in the country (and for hundreds of miles beyond) that you’ll find true dunes, towering above the low khaïma tents, the traditional Mauritanian domicile of choice, set up beneath them. Stoic dromedaries ponder the sands nonchalantly and ferry visitors up and down the windswept dunes at the age-old, unhurried pace of the desert. 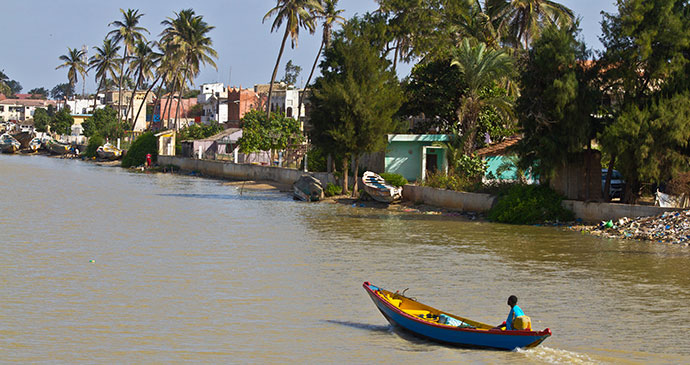 The tiny city-island of Saint-Louis is lapped on either side by the waters of the Senegal River © Antpun, Dreamstime

Dripping with balconies and bougainvillea, the stately homes and warehouses of old Saint-Louis, with their gappy wooden shutters and clay roof tiles, are the steadfast guardians of one of the most atmospheric and historic places in West Africa. The tiny city-island sits sheltered by the Langue de Barbarie peninsula to the west and lapped on either side by the tranquil waters of the Senegal River as they make their final approach to the Atlantic. The population here is as diverse as the area’s history, and the grid of sandblown streets are home to Wolof merchants in starched boubous and Moroccan slippers, Mauritanian shopkeepers forever adjusting their impossibly large blue robes, scarified Toucouleurs proudly sporting their beauty marks, Baye Fall devotees decked with leather gris-gris, and the island’s indigènes, the mixed-race descendants of the Métis signares, who can occasionally be spotted in traditional flowing white gowns.

Inspired? Learn more about Senegal in our comprehensive guide: