Liguria – wedged between the Ligurian Alps to the west and the Apennines to the east – might be one of Italy’s smallest regions, but it’s a big hitter when it comes to cuisine. Local flavours vary as much as the landscape: you’ll eat wonderfully fresh fish along the coast and imaginative dishes of wild game in the mountains, while each village isproud of its own unique recipes. Build an appetite by swimming in tiny rocky coves, cycling dramatic pathways or wandering through Genoa’s opulent palaces and winding alleys.

Prompted by the plans to open a McDonald’s by the Spanish Steps in Rome, the Slow Food Movement was started by Carlo Petrini in 1986, in Bra in Piedmont. The movement immediately took off in Genoa, where the Slow Fish Movement was born. Slow Fish is now a major biannual event in the city. 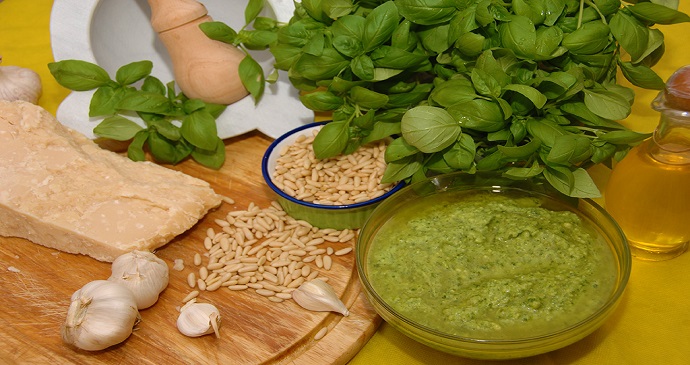 The Slow Food Movement opposes junk food culture and the globalisation of agriculture and it encourages locally produced foods made using traditional methods. One important way it does this is by setting up grassroots organisations called praesidia, of which there are a growing number in Liguria. The region also has two Mercato della Terre, backed by the Slow Food Movement. Spending time browsing the stalls at any market is a great way to meet local producers and discover some of the region’s unusual products. There is a mercato della terre in Cairo Montenotte every second Saturday of the month and another in Sarzana on every second and fourth Saturday of the month.

In our Liguria guide you can enjoy some food tourism by following the Food Trail, a selection of boxes appearing through the book. There are also listings of local shops and restaurants that produce food in the traditional way and are affiliated to the Slow Food Movement. 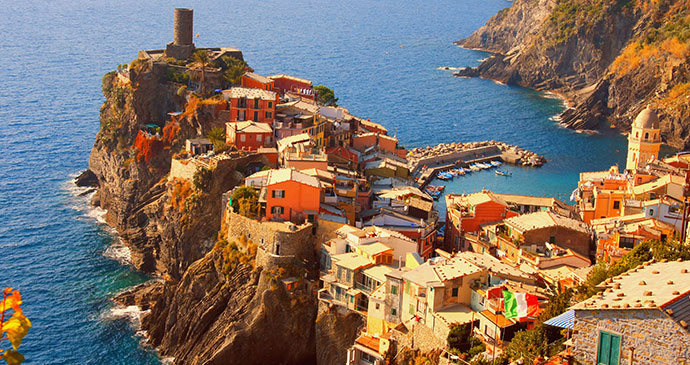 The five villages of the Cinque Terre, such as here at Corniglia, are connected by a popular walking route © Sternstunden, Shutterstock

Liguria is a great destination for walkers and is covered in trekking paths, sentieri. The most famous links the five villages of the Cinque Terre, while others are well off the tourist track. The best time to walk is in the drier months from April to October but the heat of July and August can slow the pace. It is tempting if you have been on the beach to attempt these paths in sandals but you really do need good walking shoes.

The Alta Via dei Monti Liguri is a 440km footpath that runs the length of Liguria along the top of the mountains offering stunning views across the sea and north to the Alps. It is Italy’s longest continuous pathway reaching its highest point at 2,200m on Monte Saccarello. Paths are well indicated with red and white markers. It begins in Ventigmiglia and ends in Montemarcello. The main trail is crossed by other paths, which go down the Apennine Ridge towards the sea if you fancy a dip. It is divided into 43 sections, each of which requires about two to three hours of walking. 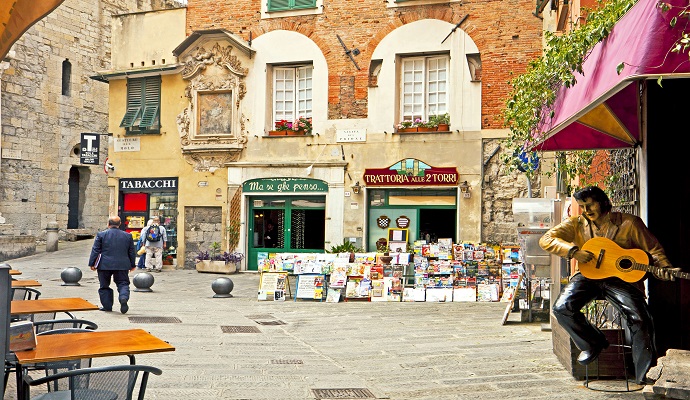 Genoa Old Town is a place to wander and get lost in a hundred times © Luisa Fumi, Shutterstock

Today, after much renovation in 1992 to mark the 500th anniversary of the city’s most famous son’s achievement, Christopher Columbus’s discovery of America, the old port is a bustling tourist centre. The old town, with its narrow tangle of alleyways, the caruggi, is a place to wander and get lost in a hundred times. It’s being slowly gentrified in parts but still has an edge. Real gems, however, lie behind the dark exteriors of its palazzos whose plush, sumptuous interiors are bursting with fabulous art collections in stark contrast to the rough-and-tumble back streets. This is the Genoa that, in 1853, the composer Richard Wagner found ‘unbelievably beautiful, grandiose and characteristic’.

Enjoy some Riviera glitz in Portofino 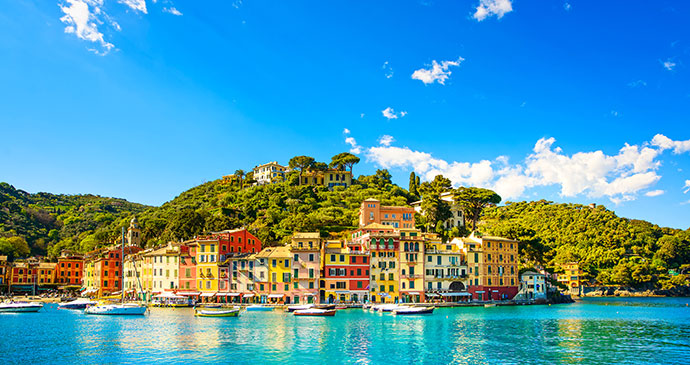 Portofino’s tall colourful houses curve around the bay in a cove that forms a perfect miniature harbour protected from behind by steep green hills. When Frederic Lees arrived here in 1912, Portofino was famous for fish and lacemaking. He found it ‘as snug and as sunny a little port as ever a mariner could desire, and so picturesque that I know not where you would find a prettier’. The charm of the place was to watch the women sitting on cushions under the porticoes with their bobbins clicking away.

Late Victorian writers gushed about the beauty of the village, not without reason, and began a process that turned this sleepy little harbour into a celebrity Mecca. The woods behind are dotted with the villas of the rich and famous. That said, it is still one of the most picturesque spots in Liguria and best seen out of the main summer holiday season when streams of tourists descend on it during the day.

The lush Val di Vara is more undulating than the steep valleys that make up much of the Ligurian hinterland. Above all, it is an agricultural area, and organic farming is a key part of the local economy; almost 70% of the local farms are organic. Beef and dairy farming are predominant, but there are also plenty of smallholdings producing berries, honey, vegetables, cornflour, chestnuts, wine and oil. You can stop and buy cheese and vegetables as you drive around. You need your own transport to explore it properly. Budget for one or two days.

For more reasons to visit Liguria, take a look at our award-winning Liguria guide, the only standalone guide to the region.