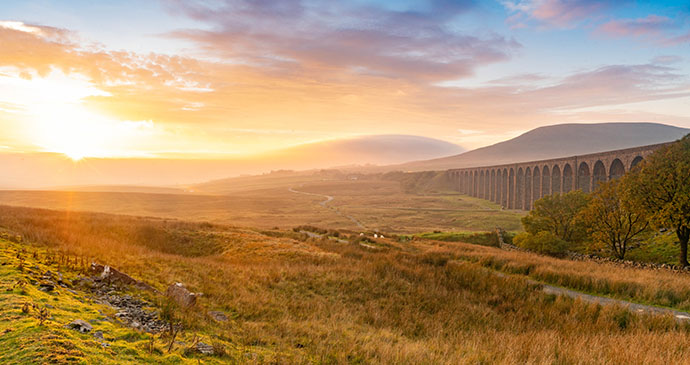 One question that has always intrigued me about fell runners is not where they do it, how they go so fast, or even what the best technique is – but why they do it?

Peter Pozman, a 60-year-old teacher from near Wetherby, put me right. ‘You know’, he said, ‘That’s a question I ask myself every race, not long after the start, on the first uphill bit when me lungs are starting to scream. I’d always enjoyed walking up the fells, but the older I got the more I realised that I was running out of time to do them all, so I thought I’d better speed up a bit. By jogging, I found I was doing a whole afternoon’s walks in less than an hour and seeing loads of countryside in the process. I was doing this once from Nidderdale, up a fell called Great Whernside, when I met someone near the top who looked at me and my tracksuit and trainers and said, “You must be a fell runner”. Jokingly I said, “In my dreams I am”, but then I thought, “Yeah, I like the sound of that, I am actually fell running her”, and I started to take myself a bit more seriously, eventually actually entering some races.

One of my finest moments was finishing first in the Male 55 and Over class, in a race in the North York Moors, run by a bloke called Dave Parry from Commondale. I love Dave’s races – they’re really informal. There’d be 80 to 100 of us stood at the start and Dave would shout, “Right, well, it’s been snowin’ out there and it’s startin’ to melt, so it’ll be real slippy. Last year someone in too much of a hurry took a bit of a tumble, so you might want to go bit easy – Go!” And off we went. It was really horrible but I think the conditions suited me; my hill craft as a walker, and understanding of rough ground kept me out of the freezing water, and my feet stayed relatively dry, while the elite athletes couldn’t get going. Later in the Eskdale Inn at Castleton, I was watching other people get prizes, when Dave said, “M 55, winner Pete Pozman”, and I thought, “Wey hey! Fantastic! Three bottles of wine and my name in print!”

I had my feet plonked firmly on the ground last week though, as I was struggling up a really steep slope, and a fella was keeping up with me walking. “So this is fell running”, he said. “Is it hard?”. “Yes”, I gasped. “Especially when I have to talk to people like you at the same time.”

Learn more about what you can get up to in the Yorkshire Dales National Park in our new guide: