It’s 2017, and time for our list of ‘exceptional places’ to consider when making your travel plans for the year. As always, we’ve challenged our authors to champion their recommendations, and the result is something different from the ‘what’s hot’ ticklists of bars and beaches that so frequently fill the pages of the newspapers and magazines. It’s a typically diverse group of places, ranging from Dominica to the Outer Hebrides, so there should be something here for everyone, and each suggestion is supported by a call to action from an expert who knows the place well. I hope they offer some inspiration. Happy New Year – and happy planning for the year ahead! Adrian Phillips, Managing Director 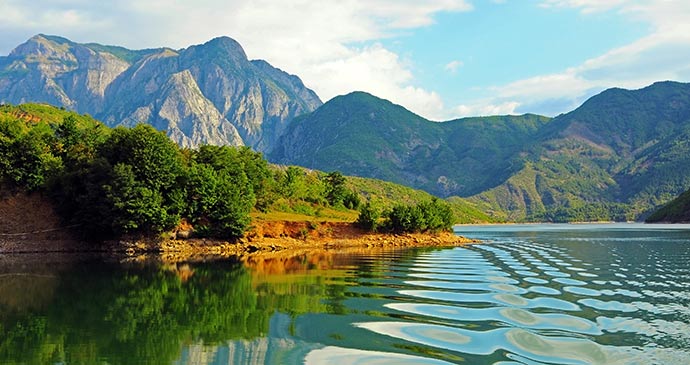 Albania has long lived in the shadows of her flashier Adriatic neighbours. But, lured by the wild beauty of the Albanian Alps, the imposing castles of Gjirokastra and Butrint, and the crystal sea of the Riviera, visitors have slowly begun to realise that this is one of the most entrancing corners of the Balkans. And the best bit? Unlike in Croatia or Montenegro, you won’t be fighting for space amongst the crowds – in fact, you may well have the Roman amphitheatre or hiking trail all to yourself. Gillian Gloyer 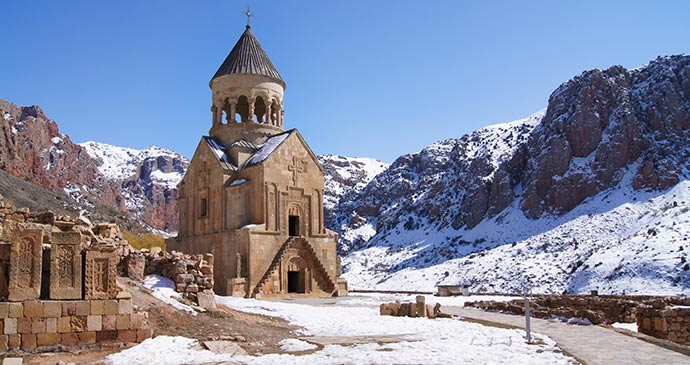 The monastery of Noravank is one of the country’s ‘must-see’ sights © Hovhannes Boranyan, Shutterstock

With spectacular ancient monasteries, significant UNESCO World Heritage Sites and the world’s tastiest apricots, Armenia rarely leaves visitors disappointed. Recent growth in tourist infrastructure has made it easier to visit this amazing country, while the best things in Armenia have not changed: the hospitality of the people, the magnificent landscapes, the many ancient sites, both prehistoric and medieval, and the abundant wildlife. Go now, to experience the mix of a rapidly changing technologically advanced country, a still-visible Soviet era legacy and a largely unchanged rural way of life. Deirdre Holding 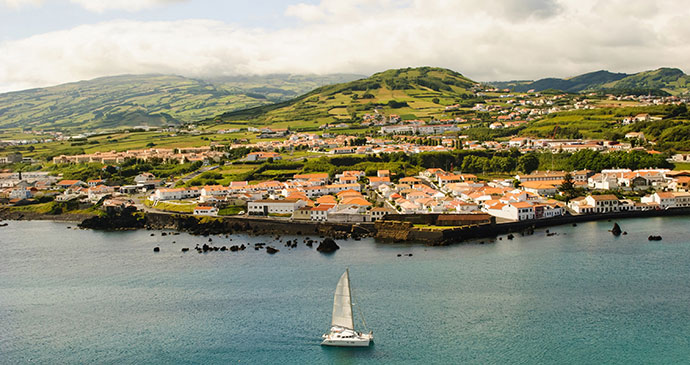 The town of Horta on the island of Faial © Dinozzaver, Shutterstock

Verdant and volcanic, peaceful and preserved … these nine Atlantic islands are a nature lover’s paradise. Whether you want to watch whales cavorting in its waters, climb the dramatic cone of Pico, Portugal’s highest mountain, or enjoy a dip in one of the tempting thermal springs, you’ll see why this world of fajãs, fumaroles and flowers has been called Europe’s forgotten Eden. And with cheap, direct flights cropping up more and more frequently, it has never been easier to savour its delights. Murray Stewart 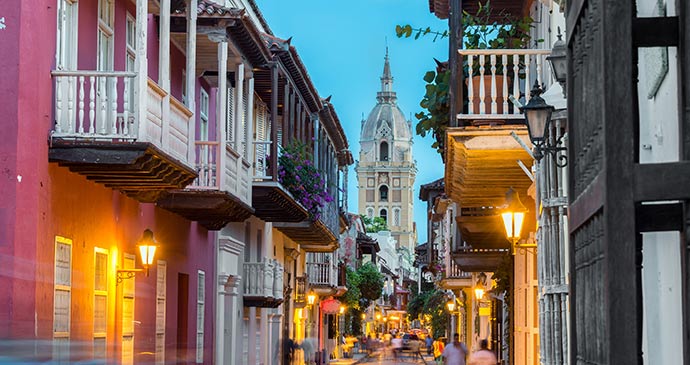 After years of political turmoil, gang violence and guerrilla warfare, Colombia had been left with something of an image problem. But delve beneath the front-page drama and you’ll discover a country in a brand-new era, bolstered by a wave of national confidence stemming from the recent peace deal. Its crowning glory is its ecological riches, with two coastlines of idyllic beaches, armadillo-filled forests, and the inky-green Amazon River. Today, travellers are more likely to be bothered by a hungry mosquito than a drug cartel – not bad for a country that once had the tourist appeal of a camping trip in central Baghdad. Sarah Woods 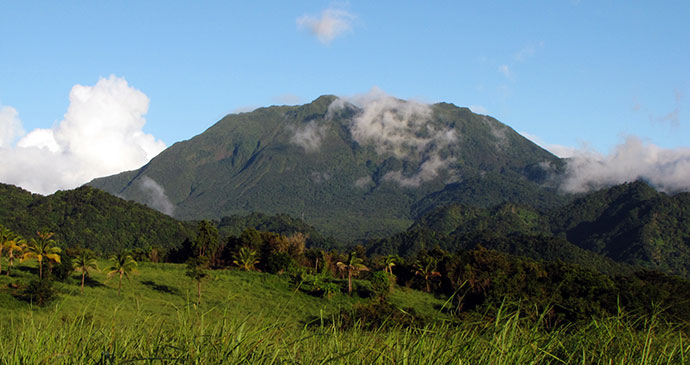 With a landscape of volcanoes, montane forest and countless tumbling waterfalls, Dominica certainly lives up to its billing as the Caribbean’s ‘Nature Island’. Lovers of the great outdoors will be spoilt for choice with its vast network of hiking trails – including the 200km long Wai’tukubuli National Trail – and scuba divers, wellness seekers and culture vultures won’t be disappointed either. You just have to get here – but now that British Airways have teamed up with Winair to offer same-day flights, that has never been easier. Paul Crask 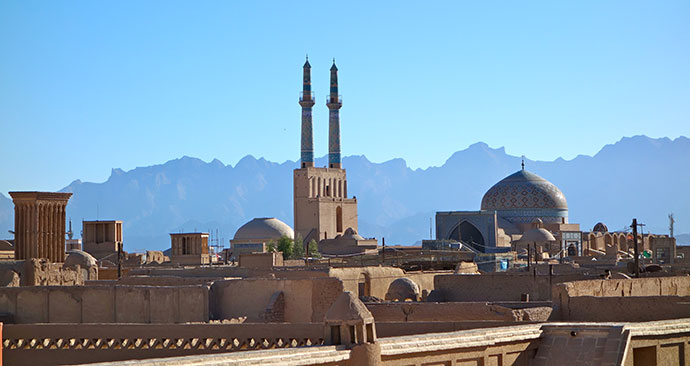 Over the rooftops of Yazd, Iran’s most tourist-friendly town © pecole, Shutterstock

It may have made Bradt’s list in 2016, but with British Airways resuming direct flights from London to Tehran, it’s hanging in for a second year. This country of surprises has never been better poised for exploration – whether you want to step back in time at the ruins of Persepolis, wander the blossom-filled gardens of Shiraz, take to the slopes in the shadow of Mount Damavand, or simply explore the many turquoise-tiled domes, ancient Zoroastrian temples and mud-brick villages, 2017 is the year to do so. Maria Oleynik 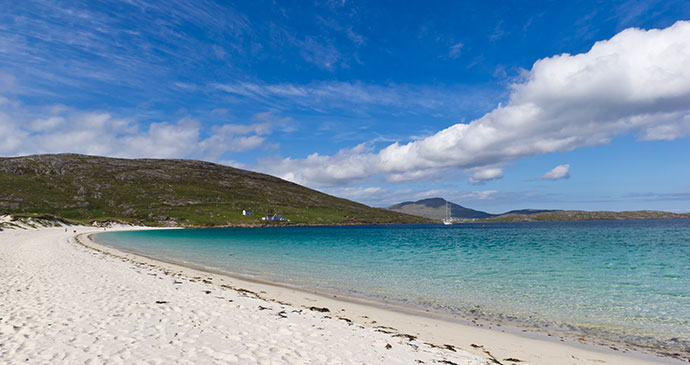 A string of 119 islands on the edge of Scotland, the Outer Hebrides became the masters of slow travel long before any buzz words were coined. Here, a different outlook on life still prevails, one where cultural traditions are more important than speedy Wi-Fi or transport connections. This land of extremes, where blankets of moorland and ancient stones rub shoulders with beaches that wouldn’t look out of place in the Caribbean, enchants all those who brave its elements. Mark Rowe 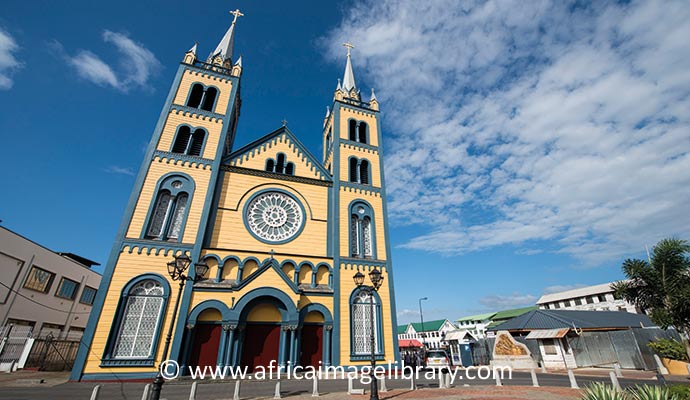 Welcome to South America’s newest ecotourism destination. A thinly inhabited wilderness, Suriname is home to swathes of pristine rainforest hosting solitary jaguars, psychedelic macaws and iridescent butterflies, while its coast includes some of the world’s finest turtle-viewing sites. Nature aside, Paramaribo, its UNESCO-listed capital, boasts some unique Dutch-Creole architecture and lively waterfront bars. Tourism might be in its infancy, but that just adds to the country’s charm – relaxed, friendly and not spoilt by the footsteps of mass visitors, Suriname is, in short, a fabulously rewarding destination. Philip Briggs 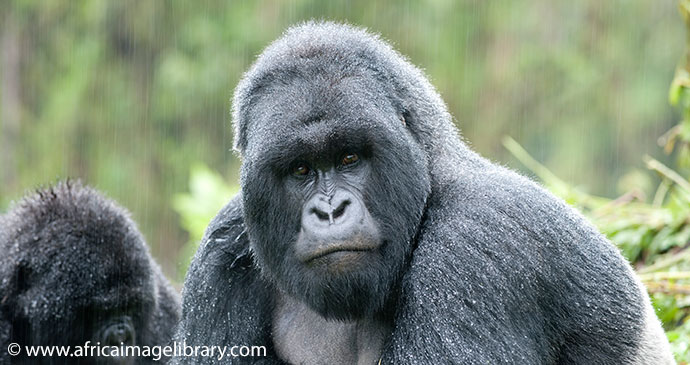 Coming face to face with mountain gorillas on the misty slopes of Bwindi Impenetrable National Park, walking through the lunar landscape of the Rwenzoris, rafting Grade 5 rapids on the Nile… Uganda is Africa’s king when it comes to variety. And yet for all that, it still feels like a more intimate, unspoilt destination than its obvious peers – you’ll find no evidence of package tourism and even the most popular national parks retain a sense of wilderness. The next few years are set to host plenty of exciting tourist developments in Uganda – go now, while it remains – dare I say it – low key! Philip Briggs 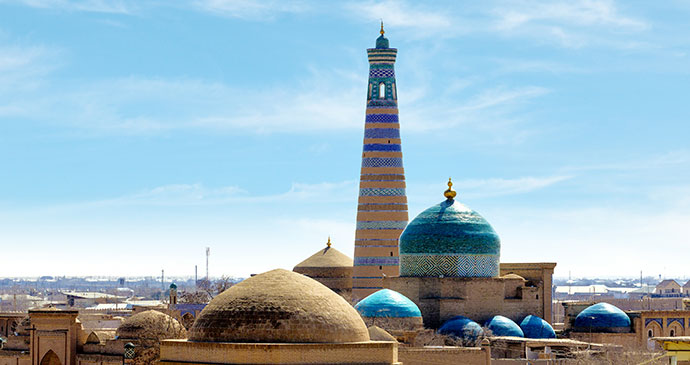 The museum city of Khiva, one of the country’s most spectacular sights © renoe, Shutterstock

For a few years now, Uzbekistan has been quietly capturing the hearts of tourists with its dazzling madrassas, ancient desert fortresses and hearty bowls of plov. Some would go as far as to say it was the tourist destination of 2016, but with the promise of tourist visas for British passport holders being scrapped this year, there really has never been a better time to visit. Sophie Ibbotson 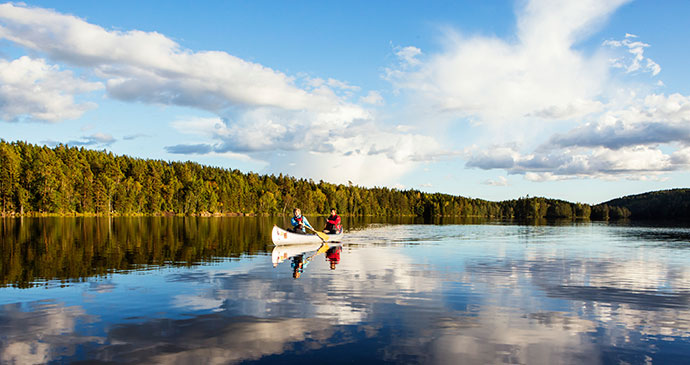 This is the place to go to see nature at its wildest: take a kayak around some 8,000 islands along the coast; hop on a boat to catch some fresh mussels; or cycle through meadows of wild flowers along the banks of the Gota Canal. Add to that the laidback foodie heaven of Gothenburg, packed with top-notch restaurants and cute cafés perfect for a spot of fika, and you can see why this region should be on your travel list for 2017. James Proctor

Inspired? Get 10% off all our titles when you order through our shop: