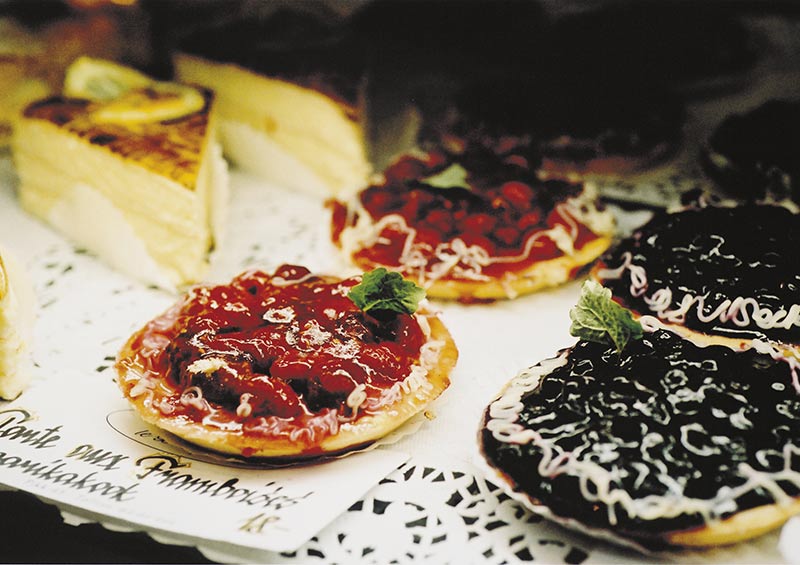 Our information on Estonian eating habits dates back to the middle of the 19th century when standards of nutrition started to improve as a result of land reforms. At that time, the main meal was supper, consisting of porridge or soup served with bread and salted herring. Meat was a delicacy, usually served only on Thursday and Sunday.

Meat became more common early in the 20th century and a basic hot meal would consist of pork slices, potatoes and a sauce. Bread remained a major item of food, being considered sacred, and even stale bread was never thrown away. Rye bread was the most common and wholemeal rye is still one of the most popular kinds, with black bread also often being eaten.

Black and white puddings can be regarded as the most well-known national dish, with pork fat, onions and spices being added, together with blood for the black pudding.

Sweet dishes were prepared only for festive occasions, with honey as an essential ingredient. Beer has always been a popular drink and there are now breweries all over the country.

Between 1918 and 1940, traditional food gradually gave way to more sophisticated cooking. Foodstuffs began to be imported and exported, with Estonian ham and butter being greatly appreciated in Britain. Spices were now a regular adjunct to most Estonian dishes and coffee became a popular drink. Estonians drink it black, but cafés will serve it with milk for foreigners.

With the range of foreign restaurants now opening in Estonia, it is rare to find the traditional dishes such as black pudding or baked potatoes with pork and sauerkraut outside the home environment. Only at Christmas and on Shrove Tuesday will restaurants return to their Estonian roots and serve these dishes, or perhaps bean soup followed by smoked pork. Cafés are easy to find in all towns and villages and they serve a wide range of cakes – fruitcake, chocolate cake and curd cake – often with whipped cream.

Bakers like to celebrate Shrove Tuesday with an ever-wider range of buns and cakes.

Although Estonia has a long coastline, fish is rarely eaten as a main course, but rather as an hors d’oeuvre, smoked or salted. ‘Tallinn sprats’ are small raw sprats preserved in brine and spices. Fish can also be mixed with cooked vegetable salads and a sour cream dressing. Wild mushrooms are the most popular ingredient for such salads. In the countryside, stewed turnips are staple fare but potatoes and meat remain crucial. Vegetarianism is hardly known in Estonia. The bias towards savoury food is perhaps best summarised in an old Estonian saying: ‘Better a salty morsel than a square meal of sweet.’

As the tax on alcohol is so low in Estonia, it is often tempting in a café to enjoy a glass of Vana Tallinn, Estonia’s national liqueur. The recipe of spices used to make it is, of course, a secret but Drambuie is probably the nearest in taste to it of Western liqueurs. The close contact with western Europe has brought wine to Estonia but its price is still too high for most local people and beer remains the main alcoholic drink.