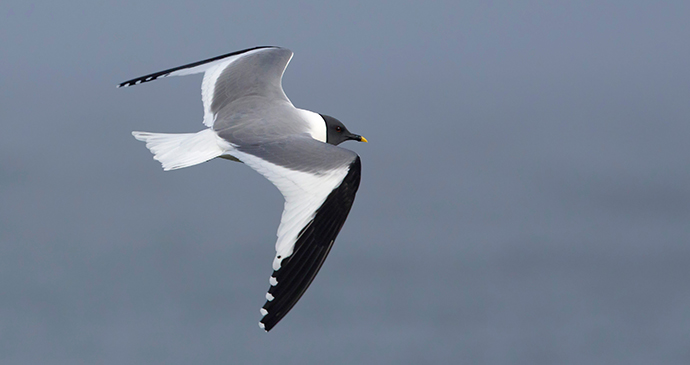 Sabine’s gull is a graceful bird, smaller than the kittiwake, and roughly the size of an Arctic tern © Agami Photo Agency, Shutterstock

Gulls are sturdy and sociable birds with powerful bills, webbed feet, long and pointed bowshaped wings and fairly short, square tails. The sexes are similar in plumage, immatures tending to a mottled grey-brown, adults becoming more white, grey and black after several years. They nest noisily and colonially, sometimes in large numbers, often in close proximity to a convenient food source. Scavengers by trade, they take anything from seashore invertebrates to carrion to the eggs and chicks of other birds, including those of their own species.