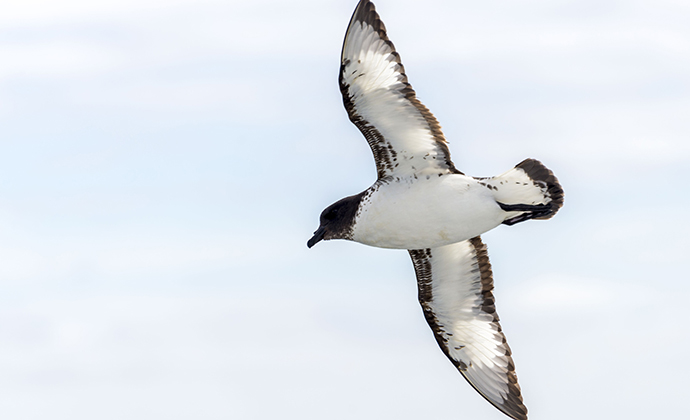 From the mighty albatross to the diminutive storm-petrel, the petrels, or ‘tubenoses’, includemany species in a wide-ranging group of families. They are characteristically marked by deeply grooved and hooked bills. Their long nostrils indicate a highly developed sense of smell, which is unusual among birds; indeed, they themselves exhibit a musky odour. In feeding, they store fish-oil in their stomachs, using it to regurgitate for their young or to spit at intruders in a highly effective defence. Superb and distinctive in flight, they are at a grave disadvantage ashore, where they waddle about in a clumsy manner. Only the giant petrels walk strongly on land, exploiting this unusual petrel facility to take terrestrial prey, especially carrion.