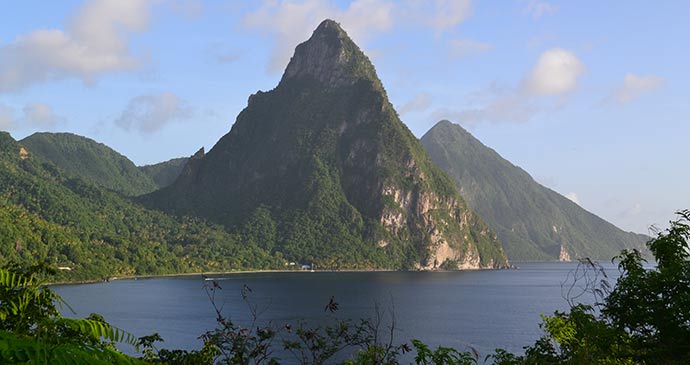 The Pitons viewed from the road to Jade Mountain © Adam Strange

The more adventurous traveller can try climbing Gros Piton, which stands at 798m.

The Pitons, twin towering inactive volcanic cones located near Soufrière on the southwest coast, are Saint Lucia’s most famous landmarks. These primeval peaks that rise steeply out of the ocean were granted UNSECO World Heritage site status in 2005. The more adventurous traveller can try climbing Gros Piton, which stands at 798m. The first half of the trail is less challenging, winding around the mountain at a gradual slope and offering ocean views. The second half of the trail, however, involves the steep ascent of the Gros Piton summit, and the climb takes around four strenuous hours. The climb up the 749m Petit Piton requires specialist climbing equipment.