To escape to the mountains and pine-forested trail of this national park is divine.

Hiking across Parc National la Visite has to be one of the most exhilarating forms of exercise that Haiti can offer, and if your time in the country has involved spending a lot of time stuck in Port-au-Prince’s traffic, then the escape to the mountains is simply divine. Most people choose to trek from Furcy to Seguin in the heart of the national park. It’s a long half-day according to your fitness levels, and there’s accommodation at the end of it. From Seguin, you can stay and explore on foot, retrace your steps to Furcy, or continue down the mountains to finish eventually in Jacmel.

It’s best to start early from Furcy to avoid too much hiking in the heat of the day, as the sun is a lot stronger at this altitude. The path from Carrefour Badyo has uninterrupted views out across the Massif de la Selle. The terrain here is largely denuded of trees, but wherever the slopes give any sort of purchase, they’ve been intensively terraced. The red soil might look dry and dusty but it is incredibly fertile. As the path bends around the ridges, you’ll encounter a continuous stream of people walking, particularly women carrying incredible loads of produce on their heads to take to market. It’s tough work, and there’s virtually no shade. Bring ample water, but also remember that clouds can roll in at any time, shrouding the views in mist and sending the temperature plummeting. 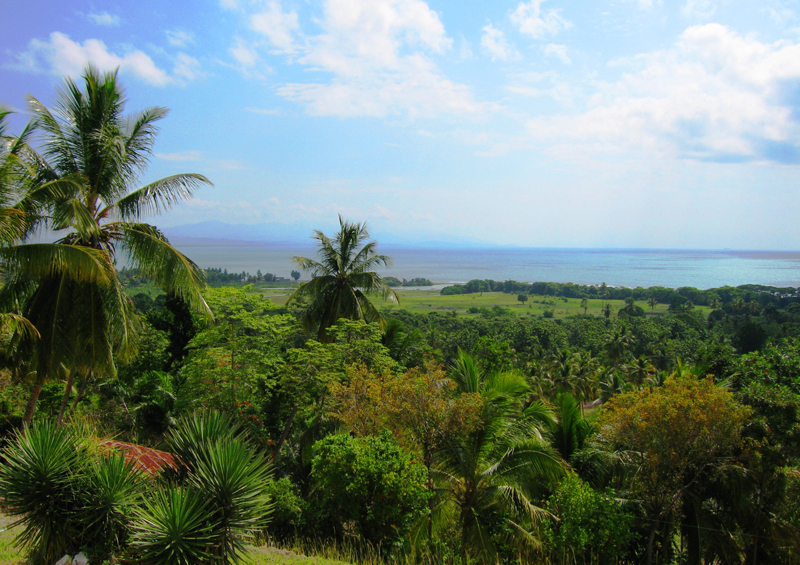 The lush landscape of Hispaniola – Haiti is geographically diverse for such a small country, and contains several climate zones with a wide variety of plant species © Michelle Walz Eriksson, Wikipedia

The path to Seguin is almost entirely uphill, but the views are constantly rewarding. As you near Seguin, the land begins to level out somewhat and trees start to reappear. This is the pine forest at the heart of the national park. Growing among the trees are huge agave plants, and ferns that thrive on the cooler, damper atmosphere here.

Swathes of the pine forest are fenced to prevent cutting for charcoal and grazing of livestock. Most of the forest is actually less than 100 years old, as it was commercially logged throughout the 20th century. The park was gazetted in 1983 and covers 30km2. It’s an important watershed and is rich in birdlife – twitchers could easily spend a day or more here. There’s great potential in the area for mountain biking, too. While portions of the route from Furcy are so rough as to demand you dismount and push, the area around Seguin has endless ribbons of single track and walking paths that should be enjoyable to even novice riders, with plenty of trails for the more dedicated. There’s a lovely walk up to Rivière Blanche, with a tumbling waterfall.

As you descend from the auberge to Seguin proper, the plateau is littered with fields of weird rock formations jutting out from the ground. Made of limestone karst weathered into jagged shapes, their local name kraze dan (broken teeth) seems entirely appropriate. Once the early-morning mist burns off, the views stretch out to the Caribbean Sea.

It’s all downhill from here. At Seguin you can find moto-taxis to take you down to the coast, or it’s another half-day’s walk. The path is cobbled and broken in some places, the remains of the old logging road built by the Americans in the 1920s. As you descend further, the landscape becomes a little more lush, until you eventually pop out at Savanne de Bois, and then Marigot – small towns that were once clearing houses for coffee merchants. Marigot sits on the main road to Jacmel, 30 minutes away by taptap.