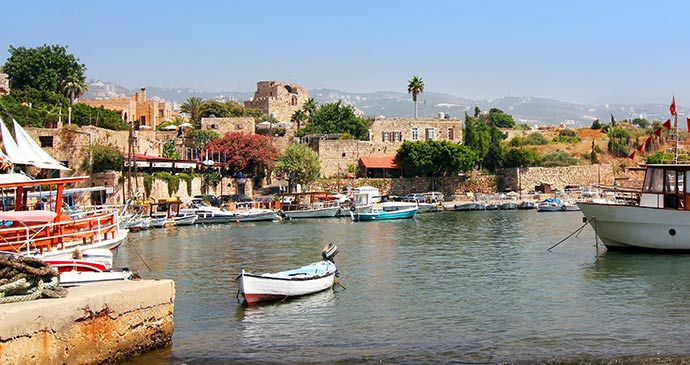 Byblos has arguably the most picturesque harbour in Lebanon © iryna1, Shutterstock

As a nation founded by its port cities and settlements, Byblos must rank as Lebanon’s finest.

As the saying often goes, the more things change, the more they stay the same. This certainly applies to Byblos (Jbail in Arabic), where, despite its 7,000 years of existence, making it a contender for the oldest continuously inhabited town in the world, it continues to evoke the past as much as the present.

As a nation founded by its port cities and settlements, Byblos must rank as Lebanon’s finest. Charming and picturesque by day and night, the port is the quintessential picture-postcard scene. It would be a great shame to visit the country without stopping by here to see the still-functioning workaday harbour and the tastefully restored souk (easily better than Beirut’s), offering some of the most unusual and best souvenir items in the country. Byblos is dotted with fine seafood restaurants, including the Fishing Club (Pepe’s), which has a splendid location by the port and offers a museum of photographs dedicated to the rich and famous who indulged their heady passions by day and night during the 1960s and 70s.