The Babylon that has left its imprint on the history of the world is the Babylon from the time of Nebuchadnezzar II onwards.

‘Babylon the great, Mother of Harlots and the abominations of the earth’, so it sayeth in the book of Revelation in the Bible. The Babylon that has left its imprint on the history of the world is the Babylon from the time of Nebuchadnezzar II onwards – two centuries of glory and decadence when the arts and sciences flourished and when there was an unprecedented boom of prosperity. 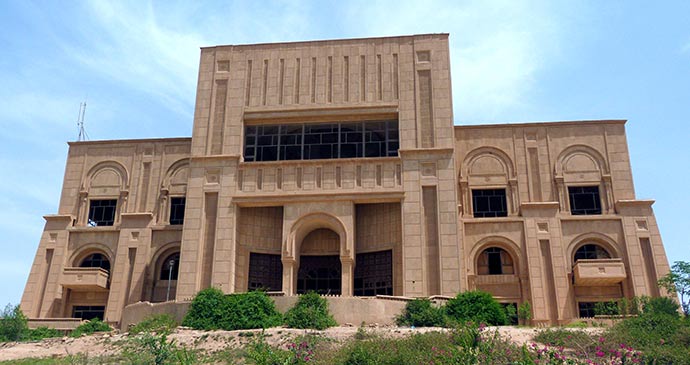 The Babylon site has always suffered a lack of maintenance, with insufficient time and money being spent on it. Now, this is being recognised. Having visited the site of Babylon in my capacity as a tour operator on and off since 1979, it is not easy to identify any actual war damage caused by the American forces. The looting of the museum and the removal of ancient inscribed bricks from the walls of the palace was carried out by gangs of locals. However, ground disturbance and ground compacting for helicopters, motor vehicles and gun pits did take place on unexcavated ground, leading archaeologists to fear for the future when archaeological excavations are carried out again. Certainly on several occasions when visiting the site while the US troops were still there, I observed that soldiers were only allowed to visit the main ruins in groups and that they had to be accompanied by an official site guide.

To obtain the best from the site, read, read and read. There are so many books and so much internet material available about the past and present history of Babylon. They will enrich your visit.