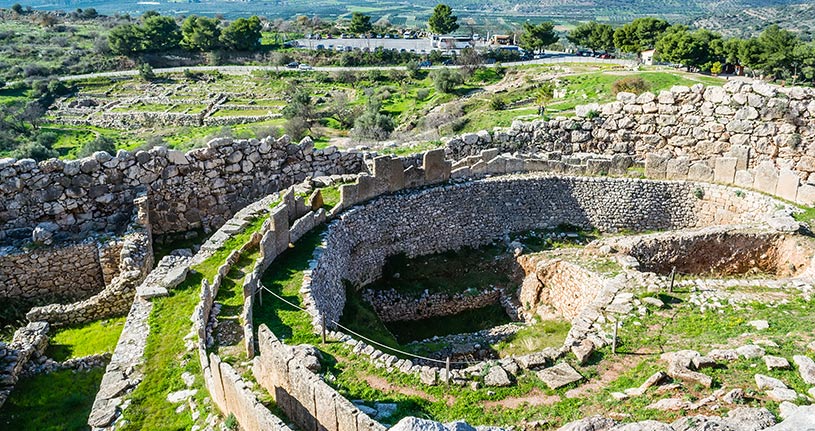 The site is still a dramatic one, offering a stark contrast to the normal perception of ‘Greek ruins’.

The citadel of Agamemnon, celebrated by Homer as ‘rich in gold’, has given its name to an entire civilization. The ruins that it left behind were ancient even in classical times, and already were the subject of myth and legend. Pausanias attributed the great walls of the citadel to the Cyclopes, one-eyed giants. If the white marbled temples and theatres speak of philosophy and high art, then the walls and remains of Mycenae are redolent of something darker: a blood-stained, myth-haunted past.

Most of what remains at Mycenae dates from 1350–1200BC. This includes the walls of the citadel, which are still impressive, fully justifying the adjective ‘Cyclopean’. They are made of lines of gigantic, barely formed blocks of limestone. They vary from 4m high to over 10m, and can be equally as thick, and are quite striking.