Ancient Messene is simply astounding, especially as it comes as such a surprise. 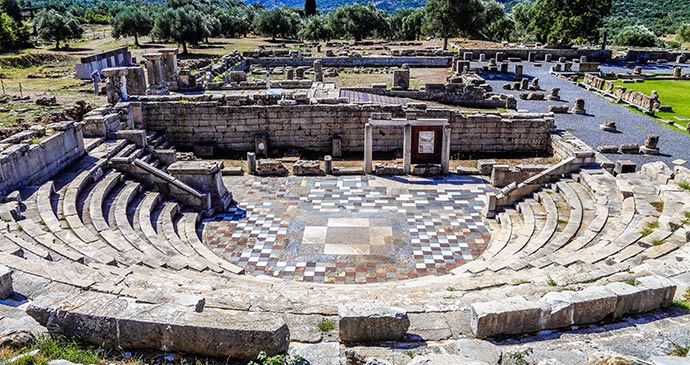 The ruins of Messene are more extensive than both Olympia and Old Corinth © elgreko, Shutterstock

Ancient Messene is simply astounding, especially as it comes as such a surprise. Most people have heard of Olympia, and many know of the theatre at Epidavros and the ruins of Old Corinth. Messene rarely gets mentioned in the same breath as these great classical sites, but its remains are more extensive than any of them. What makes the site so incredible is that this is no mere religious sanctuary, but an entire city; from its towering walls, theatre, fountains, marketplace, religious centre, and stadium to the tombs of its prominent citizens.

So why is it so little known? There are a couple of reasons. Firstly it is a little off the beaten track – too far south for the Athens’ coach tours and not near enough to any prominent road. Secondly, this is a site that has only recently come into its own. Modern archaeological and restoration work has meant that the site has revealed more of itself with every passing year. More visitors are steadily being attracted to this out-of-the-way spot, but on most days of the year you might well find yourself alone with the ruins – a magical experience.