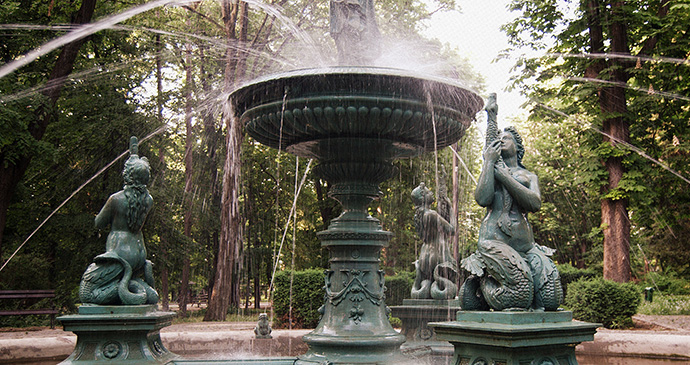 The architecture and monuments of Vršac hark back to the city’s Habsburg past © Elena Lupsor, Wikimedia Commons

Much of Vršac’s charm lies in its domestic architecture as, unusual for Serbia, there are whole streets that have changed little in 200 years.

The medium-sized town of Vršac lies out on a limb in the southeast Banat and is not a place you would pass through unless you were heading for Timişoara in Romania. This is a pity as it has a fair amount to offer and is worth considering as an excursion in its own right. Although there are adequate places to stay, it is possible to visit the town as a lengthy day trip from Belgrade.

Two things make Vršac stand out from other towns of the Banat. Firstly, the town’s surroundings come as a welcome break from the interminably flat relief that characterises the rest of the region. Vršac stands on the edge of a hilly border region known as the Vršačke planine that rises above the Pannonian Plain in a way that seems quite dramatic after having made the mental adjustment to big skies and long horizons. The southern slopes of the Vršac hills are home to vineyards that produce a quite distinctive red wine.

The town’s other distinguishing feature is its abundance of architecture from the Habsburg period, with an interesting mix of 18th-century Classical buildings alongside others that betray a more wayward neo-Gothic influence. Vršac is a town whose Habsburg heritage is only too apparent. While there are a few specific sights well worth seeking out, much of the charm of the town lies in its domestic architecture as, unusual for Serbia, there are whole streets that have changed little in 200 years.