Photographers love Préspa. To cross the pass above Flórina is to descend into ‘a giant and totally secluded cradle’ of magical remoteness and stillness. Austere mountains surround two limpid sheets of water: Great or Megáli Préspa, the largest lake in the Balkans, the liquid frontier between Greece, Albania and North Macedonia; and Míkro Préspa lake, all Greek but for 2% in Albania. Míkro Préspa is home to the world’s largest colony of Dalmatian pelicans – the world’s largest freshwater bird – with more than 1,400 pairs, as well as 260 other bird species and 1,500 different plants. Although separated by a narrow spit of land, the lakes have
diverse fish populations. 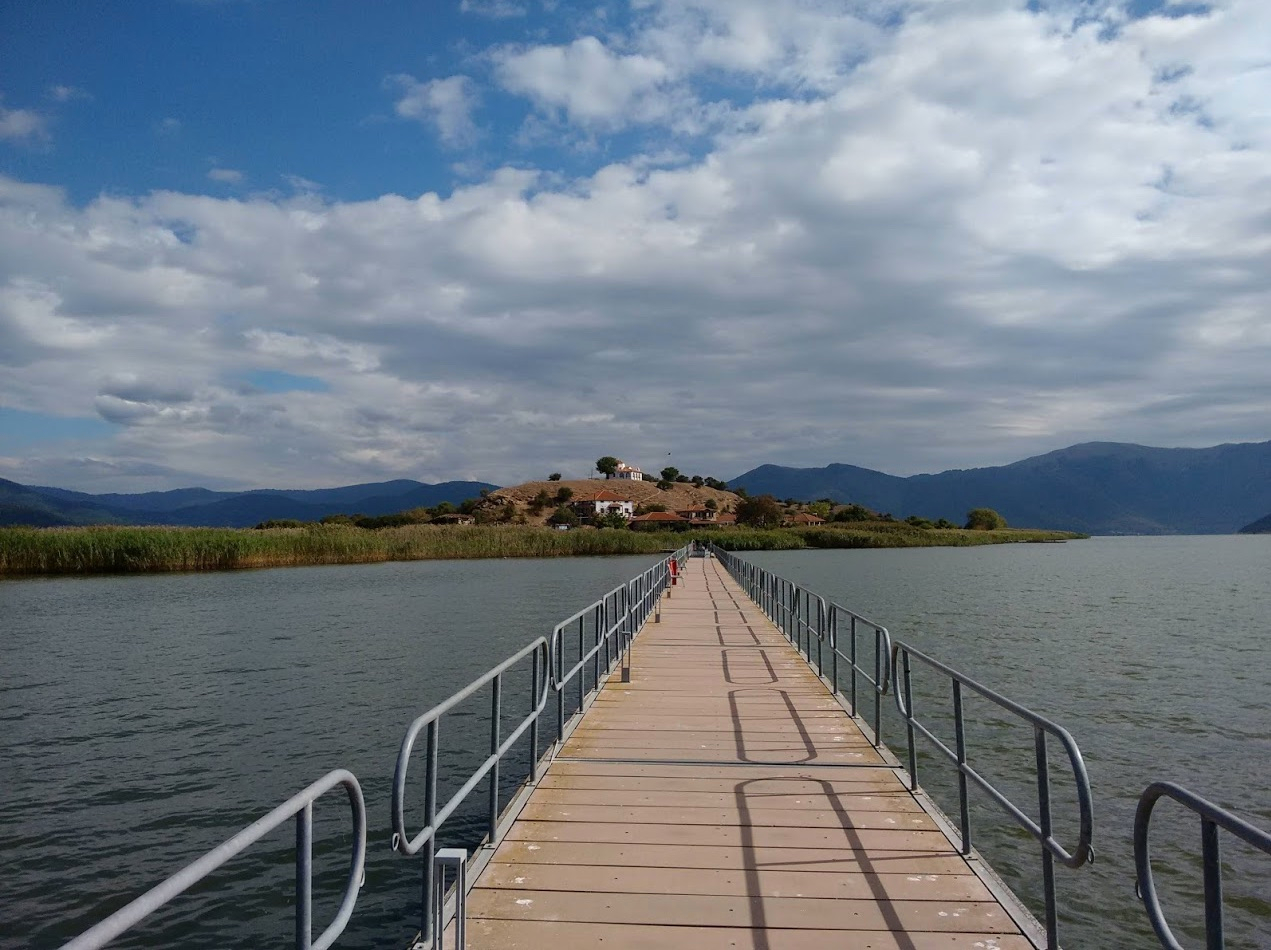 While wildlife flourishes in blissful ignorance of borders, the humans here have led complicated lives. At the end of the 9th century ad, Préspa belonged to the
Western Bulgarian Empire. When it was dissolved in ad971, the son of the last emperor, Tsar Samuel, took refuge here, reorganised and made Préspa his base to
seize much of Greece, until Emperor Basil II reconquered all the lost Byzantine territory (1018) and put an end to Préspa’s day in the sun. During the Frankish and
Turkish periods, the utter remoteness of the place attracted monks and hermits.

Life was never easy for the rest of the population, and after the Civil War it lost nine out of ten inhabitants into Eastern Bloc countries or to Australia, to the extent that
the government offered free empty houses and land to Vlachs just to have warm bodies holding down the frontier.

Although the three governments on the borders weren’t exactly chums, it came as a happy surprise when their leaders met in October 2000 to designate Préspa an
international park (a Balkan first) to preserve its fragile environment – the result of a decade of hard work by Geórgios Kastadorákis and Myrsíni Malakoú, founders in
1990 of the award-winning Society for the Protection of Préspa.

Today the SPP is aiming to strike a delicate balance between the needs of humans and nature: encouraging sustainable organic farming, sound fishing practices, modest
tourism (converting traditional buildings into guesthouses) and a revival of cattle rearing – Préspa’s unique breed of dwarf cows are needed to eat the reeds, to prevent
them from taking over the lakes, while leaving sufficient cover for the pelicans to nest. So far it all seems to be working: bird numbers are on the increase, and new jobs
promoting environmental tourism are bringing young people into the area. In June 2018, Préspa made international news when prime ministers Aléxis
Tsípras and Zoran Zaev signed the Préspa Agreement in North Macedonia’s name. Part of the deal, much to the delight of many locals, will (someday) be the reopening
of the border post north of Ag Germanós, closed more than 50 years ago by Greece’s military dictatorship.