Olympus (Όλυμπος) originally meant ‘mountain’, and scattered around the Mediterranean some 20 other mountains bear the same name. But this, the highest peak on the Balkan peninsula at 2,918m, its summits wreathed in cloud, its precipices echoing with thunder, was always the Olympus, the abode of Zeus and his argumentative clan. In Homer, the palaces of the gods lay in the mountain’s ‘mysterious folds’. 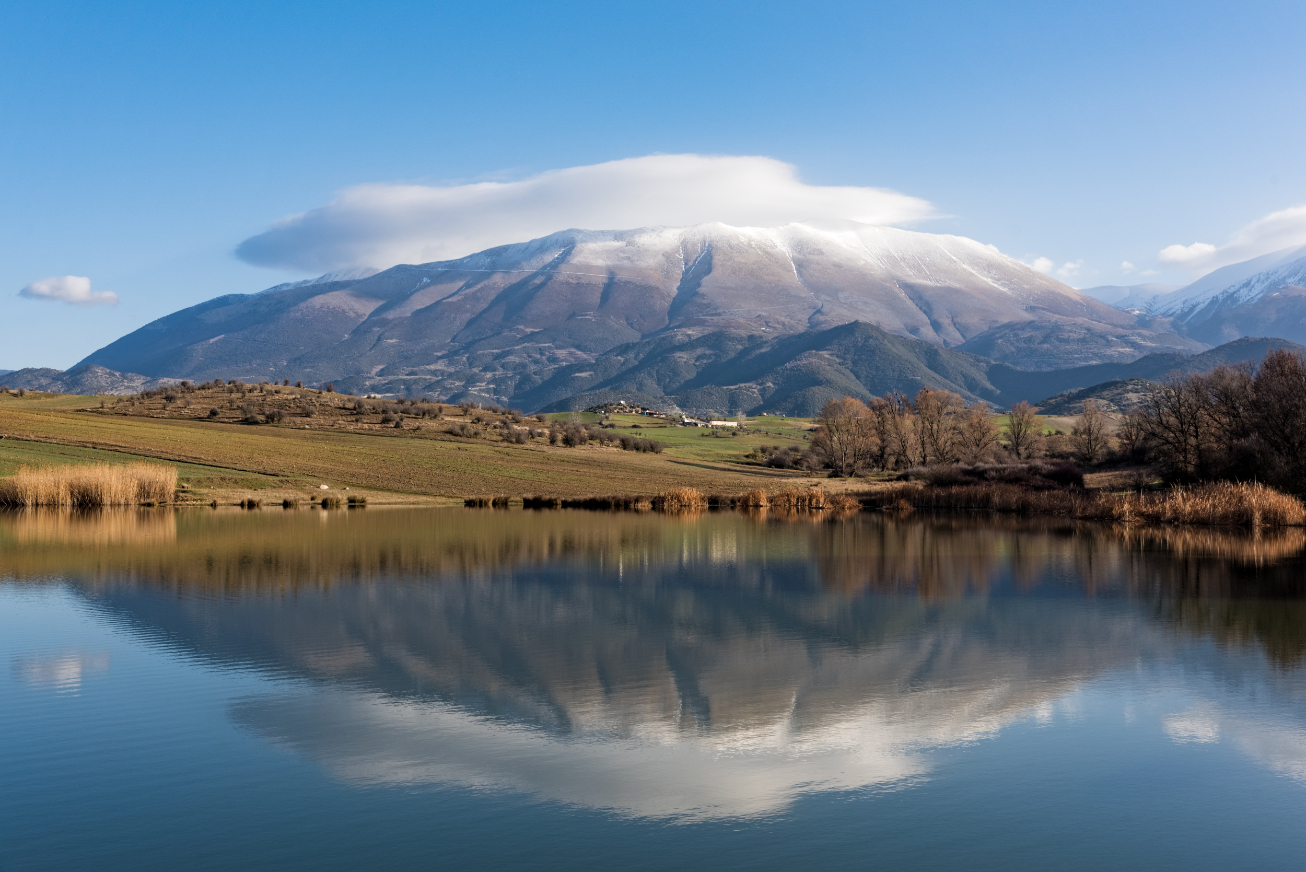 At the tallest of its 52 peaks, in ancient times known as the Pantheon (now more prosaically called Mýtikas, ‘nose’), where the sun always shone and the air was too thin for mortals to breathe, the deities would gather to hear Zeus arbitrate on his Throne, the sheer armchair (and greatest climbing challenge on the mountain) today better known as Stefáni (2,902m). Olympus was one of the last famous European mountains to be climbed (in 1913) – not because of Zeus’s thunderbolts, but because of the armatoloí (irregular militia) and kidnapping klephts who haunted it until Macedonia became part of Greece in 1912.

In 1938, high Olympus and its deeply wooded eastern slopes were designated Greece’s first National Park; in 1981, UNESCO included it in the list of World Biosphere Reserves. It’s famous for its birds – some 156 species have been counted here, and some 1,700 Mediterranean and Central European plants have been found (25% of all the flora in Greece, including the rare Bosnian pine), and of the rare little plants above the tree line 23 species are unique to Olympus. The lions that attacked the camels in Xerxes’ army are gone, but Zeus’s golden eagles still float overhead, and wolves, jackals, wild cats and deer roam in the woodlands. Litóchoro (Λιτόχωρο) on the east slopes, the classic gateway to Olympus, is in a superb setting, just 5km up from the coast.