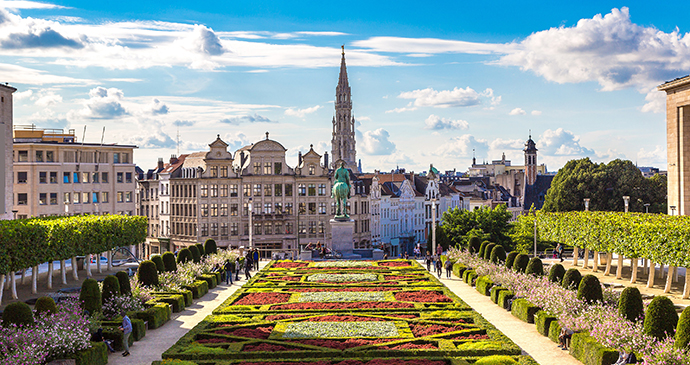 It may be introverted – shy to share its secrets with those who live there, let alone with visiting strangers – but therein lies the appeal.

A capital, an independent region, an island in a language-divide dispute, the centre of Europe and the seat of the European Union – Brussels wears many hats. Which side you see depends on the purpose of your visit, but most agree that the city is initially something of an enigma – and it’s still common to hear people invoking its supposedly ‘boring’ reputation.

Situated at the centre of a cultural crossroads of Latinate and Germanic traditions, and home to 1.2 million people – almost 70% of whom are of foreign descent – Brussels is, perhaps surprisingly, the second most cosmopolitan city in the world after Dubai. Not classically chic like Paris, or hip and stately like Berlin, it can be hard to pigeonhole – much like its architecture, which is a mishmash of historic buildings and ultra-modern constructions. But conventional beauty is banal and Brussels’s trump card is its multi-cultural make-up and small scale. Often described by residents – known as Zinnekes – as a village, Brussels is compact, easy to get around and not overwhelming like most European capitals.

It may be introverted – shy to share its secrets with those who live there, let alone with visiting strangers – but therein lies the appeal. All romantics know the exhilaration is in the chase and what better thrill than to pace her streets in search of what makes Brussels tick? Look among flea markets and award-winning kitchens of passionate, headstrong chefs, hang out in glorious Art Nouveau cafés and amble through intriguing residential communes. I guarantee that underneath the calm and composed surface you’ll find the heartbeat of a city with an unmistakably Bohemian, eclectic spirit.