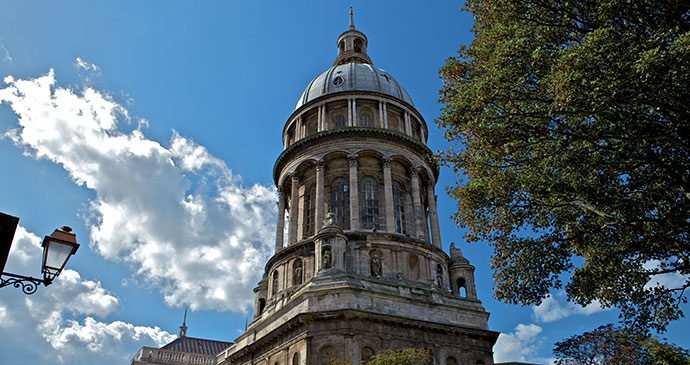 Boulogne has long been Britain’s best-loved picture-postcard port. ‘My French watering hole,’ is how Charles Dickens dubbed it.

Boulogne has long been Britain’s best-loved picture-postcard port. ‘My French watering hole,’ is how Charles Dickens dubbed it. Hugged by the harbour walls, its Gallic charms quickly win you over with an eye-catching view of the three distinctive upper and lower town districts that characterise France’s largest fishing port.

Forget the faded post-war blocks that face you on arrival. Focus instead on the splendid dome of Notre-Dame Cathedral, reached by the Grande Rue (the main thoroughfare) which threads the three areas together.

Its hilltop position pinpoints the medieval Old Town, one of the best-preserved in France, a Montmartre-like magnet for those who have a craving for ramparts, cobbled streets, craft shops and pavement cafés. Explore the City Heights before succumbing to the lower town temptations – both along and off the Grande Rue – of individual pâtisseries, charcuteries, delicatessens, and cheese and chocolate shops.

The huge fish market on quai Gambetta, near the harbour entrance, dominates this salty district of shrieking gulls and bobbing boats. Glistening heaps of sole and mounds of shellfish naturally inspire thoughts of lunch. Indeed many cross the Channel just to dine at the enticing choice of restaurants. But do bear in mind that the French start lunch early, and it’s always best to book ahead, especially at peak periods.

With one established ferry link from Dover, and possibly another planned from Ramsgate (only a few years back there were none), Boulogne is benefiting even more from being ‘France in your face’ (in the nicest possible way)! No wonder Graham Greene, in the first line of Travels with My Aunt, admitted: ‘Strangely enough I felt almost at home in Boulogne’. Mais oui…