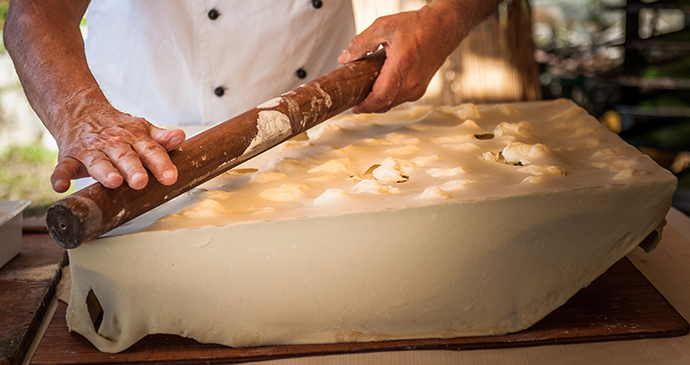 Despite its unassuming architecture, Recco’s food is among the finest in Liguria © Lullaby7, Shutterstock

Although the town itself is nothing special, its soul can be found in its amazing cuisine: here you can try some of Italy’s finest focaccia.

The town of Recco itself is nothing special and was flattened by British and American bombers during World War II in their attempt to take out the railway viaduct. The buildings date from the 1950s and 60s and, at first glance, it appears a little soulless. However, its soul can be found in its amazing cuisine: the locals have hung on to their food heritage so steadfastly precisely because there is little else left.

The big date in the calendar is 7–8 September when they celebrate the Sagra del Fuoco, the firework festival in honour of their patron saint, Nostra Signora del Suffragio.