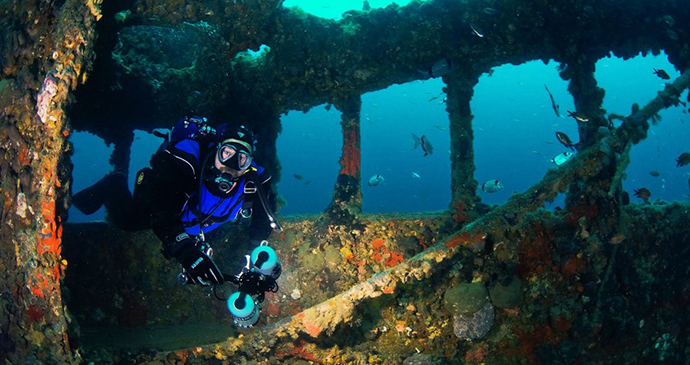 After more than 100 years, the wreck today is quite decayed but the overall structure retains its shape.

Built in Scotland’s Dundee shipyard by Gourlay Brothers & Co, this Austro-Hungarian passenger steamship was launched in 1908 and became the pride of the Austro-Hungarian shipping fleet Austrian Lloyd (today’s Italia Marittima) based in Trieste. It sailed the Trieste–Kotor route (in Montenegro), and was leased by the Austro-Hungarian navy in World War I to transport military personnel to Kotor. On a return trip on 13 August 1914, laden with civilian passengers and refugees, the ship hit a mine and sank west of the Brijuni Islands. The wreck is a war grave, and has been looted extensively in previous years. After more than 100 years, the wreck today is quite decayed but the overall structure retains its shape. It is marked by a buoy and, as visibility can be low, descent and decompression is by the buoy line. This can get busy in the summer.