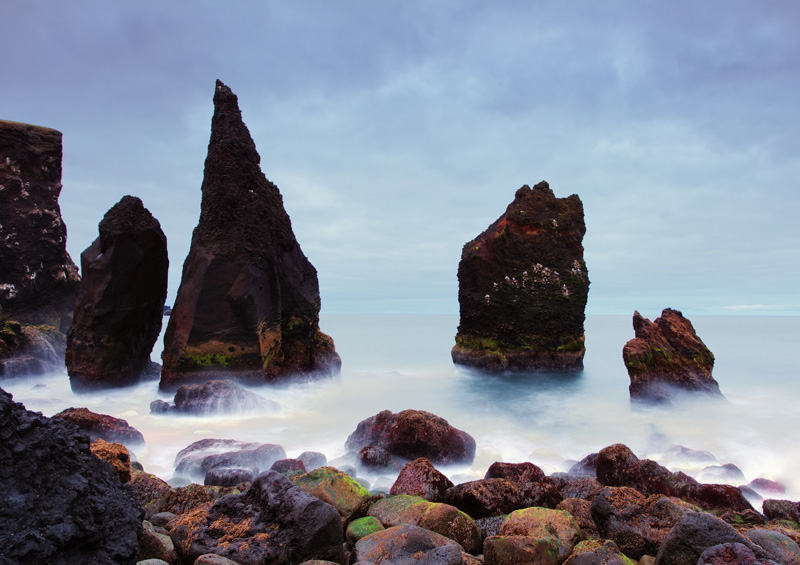 The rugged, rocky coast near the Reykjanes peninsula © TTstudio, Shutterstock

Whether you’re on a quick stopover, exploring Iceland in depth, or if you’ve got a spare day at the end of your trip, Reykjanes is a surface worth scratching beneath.

Reykjanes may be one of the most interesting, yet overlooked, regions in Iceland. There’s a lot more to the place than the international airport and the Blue Lagoon. If you’re flying to Iceland, you’ll pass through the former and you’ll feel a lot better having passed through the latter, but that’s only just the beginning. The southwest peninsula of Reykjanes, or ‘smoky point’, is an utterly strange region of surreal landscapes and desolate volcanic fallout. There are only crumbled lava rocks carpeted in thick, grey-green moss as far as the eye can see. There is no soil – only shifting, metallic black sand. The low mountains on the horizon are sleeping volcanoes, their forms the crusted spouts from whence flowed all this lava. As an active geothermal hotspot, the broken ground exhales the wispy puffs of steam that gave the peninsula its name. The wind blows without cease and the frontal gusts of the Gulf Stream shoot out from across the ocean. The land is forever streaked with drizzle or sleet.

Whether you’re on a quick stopover, exploring Iceland in depth, or if you’ve got a spare day at the end of your trip, Reykjanes is a surface worth scratching beneath. Nowhere else captures the same curious beauty and bleak mood of this peninsula’s empty places, made even more mysterious by the constant flux of weather. There is great hiking to be done, a magnificent coastline to explore, and pure heat bubbling up from the depths. Reykjanes is also ideal for winter travel – it’s close to the airport, convenient, and compact. It’s also warmer than the rest of Iceland and there’s rarely any snow because it all gets blown away by the fierce wind. In fact, Reykjanes is the windiest region in the whole south of Iceland.