For some 200 years, the border town of Valga has, to put it mildly, had a bad press. In the 19th century travellers wrote of squalor and mental deficiency in both the Estonian and Latvian populations. In the 20th century, both during the first period of independence and very recently, travellers complained of visa and currency problems, of long delays for connecting trains and buses, or of not being able to cross the border at all. In tsarist times and earlier, it did not much matter that the town had a mixed population of Estonians and Latvians but this was crucial during the struggle for independence at the end of World War I when both wanted to claim it. Most of the town is in Estonia, although the Latvian side forms a compact town, Valka, in its own right.

There was a serious risk of war between both sides until Sir Stephen Tallents from the British Foreign Office managed to impose a border running through the town. He did not enjoy the mission and never returned, quite happy to rely for reports on its success from equally cynical observers. Tallents then went on to pioneer public relations, at first with the Post Office and then at the BBC. Tallents House, the Post Office building in Edinburgh which opened in 2001, shows how respected he still is in this field, as does a medal that carries his name, which is awarded by the Institute of Public Relations. He was the first president of the institute when it was founded in 1948. 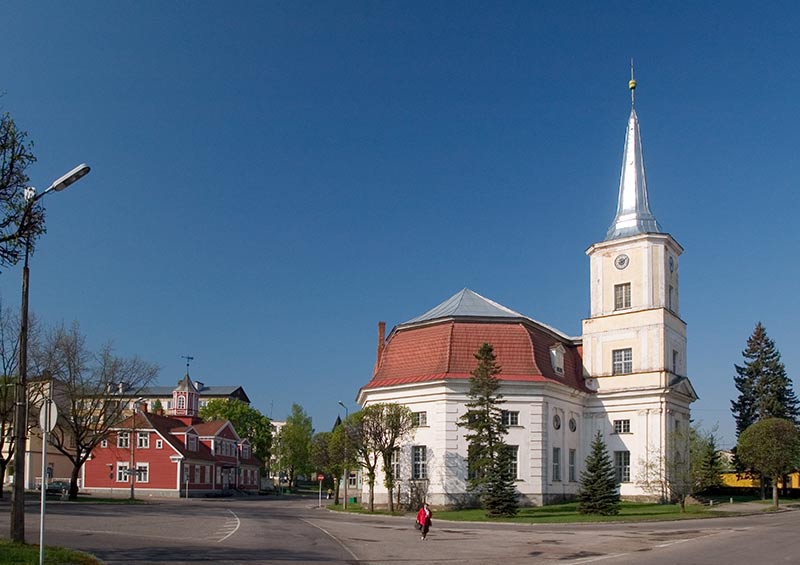 Valga has one other link with Britain, through someone whose life took a totally different course from that of Tallents: the communist writer Salme Palme Dutt. Born in 1888, she was of the generation able to be active as the revolutionary movement spread amongst factory workers from the 1905 uprisings onwards. She suffered exile in Siberia for her activity and then moved to Finland. She came to Britain in the 1920s and remained active as a journalist in the Communist Party right up to her death in 1964.

Valga prides itself on the many pioneers who came from the town who were of Estonian ethnic origin. Mats Erdell (1792–1847) was the first Estonian to own a manor house. Johannes Martson (1868–1935) became mayor of Valga in 1901, six years before Tallinn had an Estonian in this position. Alfred Neuland (1895–1966) was the first Olympic gold medallist at the Antwerp Games in 1920. He returned to Valga and set up a flower shop. Hella Wuolijoki (1886–1954) would never have tolerated such a quiet life. She left Valga for Helsinki in 1905 and witnessed the first salvoes of the Russian Revolution there. She wrote radical plays, by then in Finnish, ran oil and timber companies and just avoided being executed as a spy by the Soviets in World War II.

Although the town has a population of only around 21,000 (15,000 on the Estonian side and about 6,000 on the Latvian side), four languages are now used there, with English being the link between the three communities among younger people.

The restoration of independence to Estonia and Latvia led to a firm border being re-imposed and the two towns breaking all links. Even hospital patients could not be brought across, because insurance was not valid. For the same reason most local cars could not be driven across the border. Ironically it was the British in 1999 that made the first move to bring both sides together again when the British Council established a joint English-language school. This was followed in 2001 by the opening of a joint tourist office and an exhibition of paintings by Estonian children in the Valka Museum. Sadly the Latvians moved out the following year and now have a separate office again on their side of the border.

However, EU entry forced greater co-operation and put an end to the anomalies mentioned above. In 2005, EU funds provided much-needed tourist material covering both towns and a marketing campaign began under the slogan ‘One city. Two states.’ As part of the Schengen Agreement from late 2007 all border controls between Estonia and Latvia were removed and some further, if still reluctant, co-operation began between the two sides. Perhaps the divisions between the two countries were best shown by the lack of Estonian–Latvian dictionaries. Until around 2004, the latest one produced in Latvia dated from 1967 and in Estonia from 1959. The Soviet military presence previously made Russian the predominant language in both parts but Russian speakers now represent less than 50% of the population on both sides of the border.

Although the town has a population of only around 21,000 (15,000 on the Estonian side and about 6,000 on the Latvian side), four languages are now used there, with English being the link between the three communities among younger people.