Estonia’s most famous scientists studied and taught here and its most famous patriots, whether in opposition to the Tsar, the pre-war president Konstantin Päts or the Soviet regime, likewise spent their formative years in Tartu. 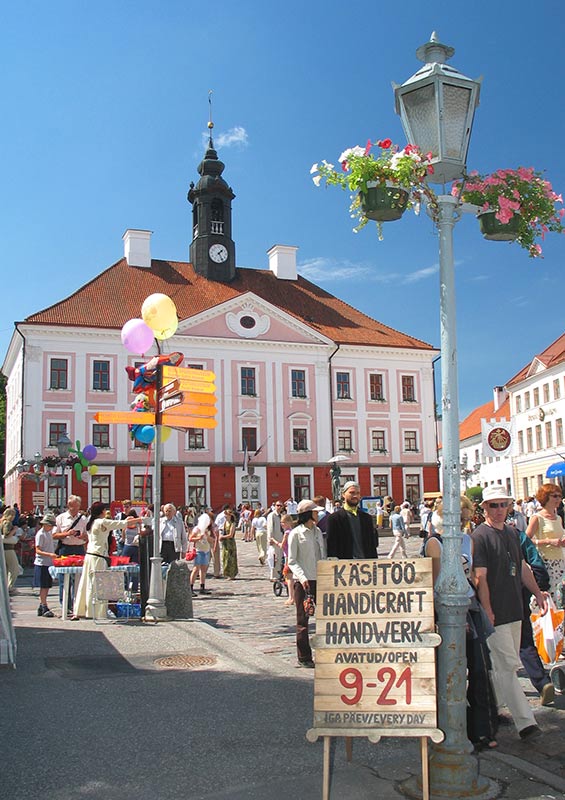 Unlike Tallinn or Pärnu, Tartu is not a town of instant charm. Arriving by any of the dreary approach roads does not suggest the imminence of a famous university town or of one where Estonia gained its statehood. Yet intellectually and architecturally it is the centre of Estonia. Its university cultivates an Oxbridge/Ivy League tradition but has combined it with the radicalism of Berkeley or the London School of Economics. Estonia’s most famous scientists studied and taught here and its most famous patriots, whether in opposition to the Tsar, the pre-war president Konstantin Päts or the Soviet regime, likewise spent their formative years in Tartu.

The 200km distance from Tallinn suited both sides. Political activists could be more daring and the government could feign liberalism, safe in the knowledge that its detractors would not be a threat to the capital. With independence and democracy now safe in Estonia, Tartu will have to take up new causes. It introduced parking meters to the country in 1992 but a more lasting testimony to the first period of renewed independence must be in the offing.

It is only since about 2000 that Tartu started to take tourism seriously. Museums were moved from gloomy suburban locations to properly adapted buildings in the town centre. In contrast, the National Museum will leave Tartu altogether in 2016 for a new purpose-built site at Raadi Manor House, 3km away, but this is understandable given the breadth of the collection. Hotels also started to open in the town and to promote themselves vigorously. Pedestrian precincts appeared and so did signs in English.

In 2003, the squalid bus station and the equally run-down Hotel Tartu beside it were modernised. The year 2007 saw the opening of the 200-room Dorpat Hotel and the conference centre beside it opened in 2008. A serious train service to Tallinn was resumed in 2005, although it was not until 2012 that the railway station was properly rebuilt. A greatly increased train service both to Tallinn and south to Latvia is expected in 2014. Tartu airport reopened with flights to Stockholm and to Riga in 2009.

The celebration in October 2007 of the 375th anniversary of the founding of the university, which was attended by Queen Silvia of Sweden, was a great incentive for renovation in the Old Town. To be a successful second city, Tartu will need to be a business centre as well as an academic one and must compete with Tallinn as a base for Estonian and international companies. In tourism it will need to operate seven days a week during the summer. For many shops to close early on Saturday and all day on Sunday, and for several museums to close all day on Monday and Tuesday sends out a disturbing message of indifference to Tartu’s increasing number of domestic and international visitors.

The celebration in October 2007 of the 375th anniversary of the founding of the university, which was attended by Queen Silvia of Sweden, was a great incentive for renovation in the Old Town.

Tartu now has a diverse programme of festivals that take place all year round except in July and August (when the hotels fill up anyway). If it matters whether you turn up for the cross-country ski marathon, the break-dancing finals or student rag week, check their dates on www.kultuuriaken.tartu.ee before contacting your tour operator. This site also gives the programme at the Vanemuine Theatre, which spills out on to the Town Hall Square (weather permitting) during the summer. One thing unites all these programmes: even if they were not designed as such, they are a perfect deterrent to stag parties, which stay firmly in Tallinn as a result.

A full day is needed to cover the town centre and the university, and a further half day to visit a selection of the museums. The parks beside the river offer relaxing walks and concerts in the summer.