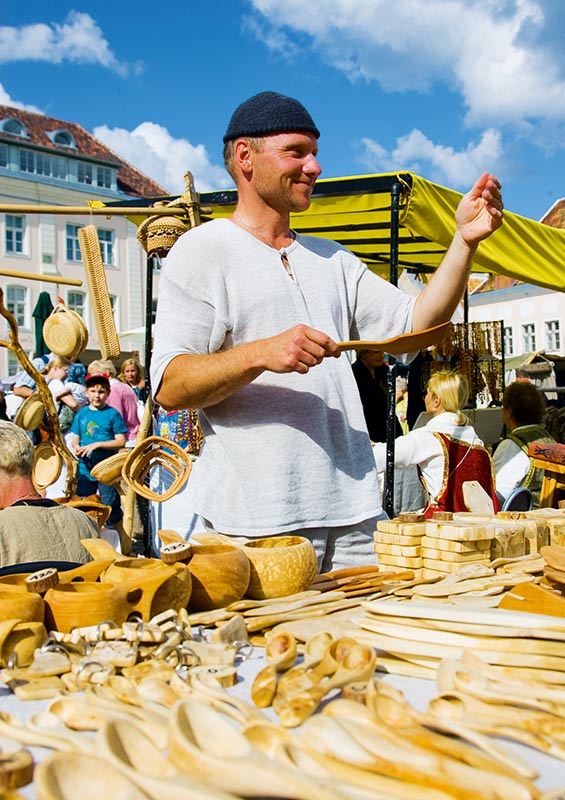 Whether approached by air, land or sea, Tallinn is immediately identifiable as a capital that looks to the West rather than to the East. The departure board at the airport lists London, Copenhagen and Stockholm but rarely St Petersburg. The boats that fill the harbour, be they massive ferries or small yachts, head for Finland and Sweden, not Russia. The traffic jams that are beginning to block the main streets are caused by Volkswagens, Land Rovers and Saabs, not by Ladas. Links with the West are celebrated; those with Russia are commemorated.

In May 1998, Tallinn celebrated its 750th anniversary since on 15 May 1248 it adopted Lübeck Town Law, which united most members of the Hanseatic League. A month later, as on every 14 June, flags were lowered in memory of those deported to the Soviet Union on 14 June 1941. In 2011, Tallinn was one of the Cultural Capitals of Europe, a status only on offer to towns in the EU.

Immediately after independence was regained in 1991, Western goods started pouring into the shops, and Russian ones are now very hard to find. There is a similar reluctance to buy from most of the other former Soviet republics apart of course from their Baltic neighbours and recently from Georgia, with whom Estonia has formed a close bond since the Russian– Georgian war of 2008. Tallinn’s travel agents offer the same tempting prices for holidays in Turkey, Greece and Italy that are available in western Europe, but nobody is interested in St Petersburg or the Crimea. Architecturally, with the exception of the Alexander Nevsky Cathedral, it is the Germans, Swedes and Danes who have left their imposing mark on the churches and fortifications of the Old Town. 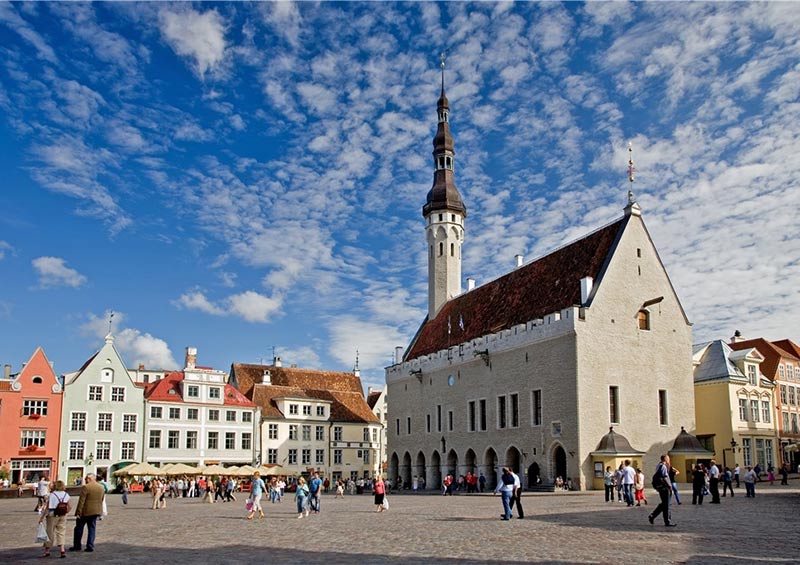 Whether approached by air, land or sea, Tallinn is immediately identifiable as a capital that looks to the West rather than to the East.

Tallinn was always ready to defend itself but in the end hardly ever did so. Only for 16 years, between 1561 and 1577, were its fortifications put to the test, when the Swedes, Danes and Russians all attacked the city. The nearest it came to what might have been a major battle was at the conclusion of the Northern War in 1710, but plague had reduced the population from 10,000 to 2,000 so the Swedes offered little resistance to the army of Peter the Great. Tallinn has suffered many occupations but, apart from a Soviet bombing raid in 1944, the city has not been physically harmed as no battles were ever fought there. Its fate was always determined elsewhere, in the 14th just as much as in the 20th century.

The division in Tallinn between what is now the Old Town on the hill (Toompea) and the newer town around the port has survived political administrations of every hue. It has divided God from Mammon, tsarist and Soviet governors from their reluctant Estonian subjects, and now the Estonian parliament from bankers, merchants and manufacturers who thrive on whatever coalition happens to be in power. Tallinn has no Capitol Hill or Whitehall. The parliament building is one of the most modest in the Old Town, dwarfed by the town walls and surrounding churches.

When fully restored, the Old Town will be an outstanding permanent monument to Gothic and Baroque architecture, and a suitable backcloth to formal political and religious activity. Outside its formidable wall, contemporary Tallinn will change rapidly according to the demands of the new business ethos. For those arriving by sea, tower blocks now identify Tallinn just as much as the silhouette of the Old Town.