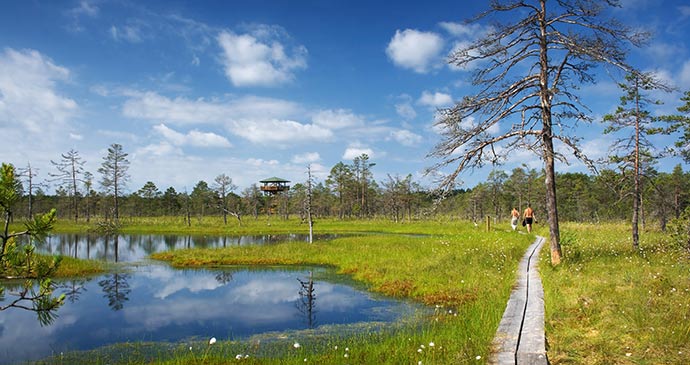 Situated along the north coast of Estonia, about 100km from Tallinn en route to Narva, Lahemaa National Park and the buildings within it show both the Baltic-German and the Soviet occupations at their most benevolent. The von der Pahlen family, which owned Palmse Mansion, the architectural high point of a visit to the park, contributed to Estonia for two centuries with their administrative, commercial and academic activities.

Lahemaa National Park and the buildings within it show both the Baltic-German and the Soviet occupations at their most benevolent.

Whilst to the west the Soviets would blight the outskirts of Tallinn with shoddy tower blocks and to the east ransack the coast with oil-shale exploitation, Lahemaa, the Land of Bays, was given the status of a protected national park in 1971 and great efforts were made to support and enhance the wildlife of the area. Similar support was given to restoration of the manor houses and fishing villages.

The boundaries of the park stretch for 40km along the coast and include several islands. Most Estonians, and all foreigners, were forbidden to enter the park because of its proximity to the coast but this did at least prevent any tourist and industrial development. Building work is now restricted to the minimum necessary to grant access to visitors and to provide for their stay.