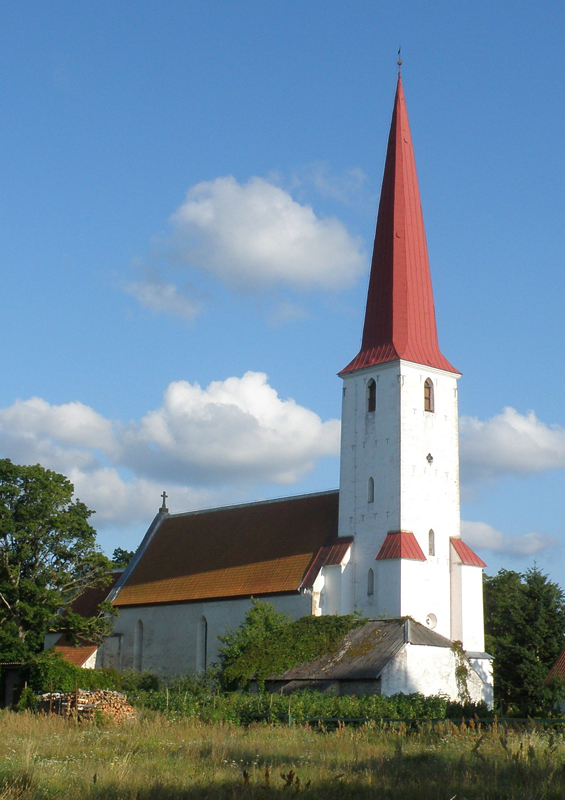 The church dates originally from the 13th century when the town had far greater importance as a harbour than it does now. The altarpiece, carved in 1591, has survived remarkably well. The picture of the Last Supper and the didactic texts in Latin and German are characteristic of that period. Bell towers built beside the church rather than as part of it were common in the 17th century but this is now the only one remaining on Saaremaa.

The tower was added in 1899 to a height of 60m and it is possible to climb it for a view over the island. It is in fact the highest point in Saaremaa and has therefore also served as a lighthouse. The organ dates from 1805 and is probably the oldest functioning organ in Estonia. There were frequent minor alterations carried out in the middle of the 19th century, but the basic structure has been retained. The stained glass dates from the 1980s, the end of the Soviet period.