This mountain town is famous for its revolutionary past and its beautiful and photogenic houses.

The town is noted for its 19th-century National Revival architecture, but its origins are in the 14th century. Its earliest inhabitants seem to have been a mixture of people fleeing from the Ottoman invasion. There were bolyars (feudal noblemen) fleeing from Veliko Turnovo and Bulgarian villagers from regions where the occupation was the most oppressive. The town thrived, and the settlers were known as good stockbreeders and craftsmen. Unfortunately the prosperous town attracted the attention of the Turks, who looted and burned it several times. Each time it was restored and by the 19th century it reached its apogee. 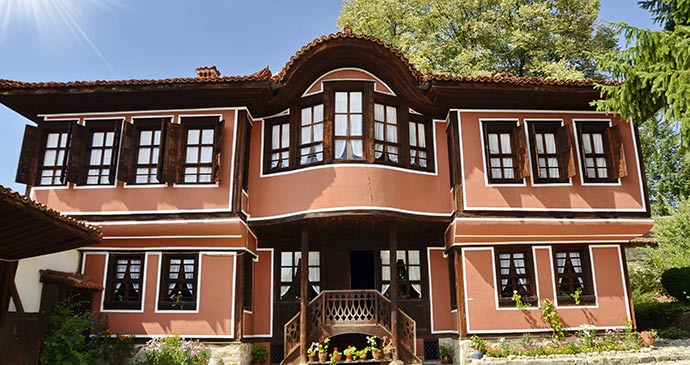 There are beautiful homes, often decorated with furnishings imported from central Europe, or by paintings of places the wealthy merchants visited on their travels. There are schools, churches, fountains and bridges, all privately funded.