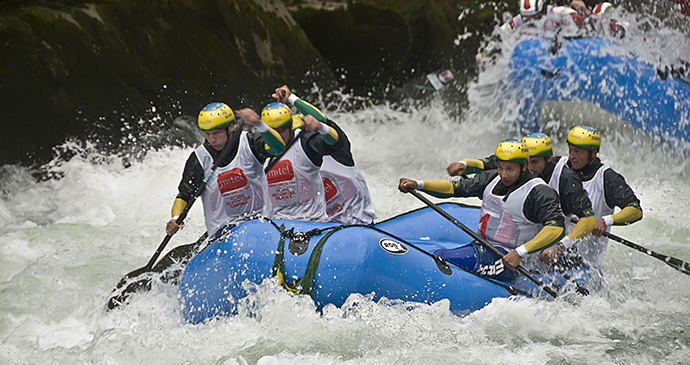 The residents of the Krajina treat the Una and Vrbas rivers like members of the family.

BiH is well known for its white-water rafting adventures and it is by far the best-developed outdoor activity. Bosnia has four raging rivers that offer professionally guided rafting tours. The Neretva, Vrbas, Una and Tara rivers rank among Europe’s best and you’ll be pleasantly surprised by the pristine wilderness that accompanies the ride. The World Rafting Championship 2009 was held on the Vrbas and Tara rivers, with teams from 35 countries competing.

The residents of the Krajina treat the Una and Vrbas rivers like members of the family. They are the best-cared-for rivers in the country and many of the regional traditions revolve around (and on) these gorgeous rivers. Rafting or kayaking on the Una and Vrbas is an unforgettable experience and if you tackle the falls at Strbački Buk, you’ve conquered some of the toughest in Europe!