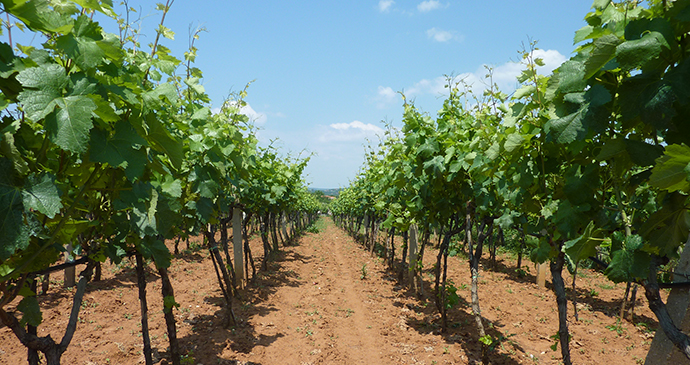 While there are already a number of exceptional wines coming out of Herzegovina, time will almost certainly lead to even better and more varieties of wine and wine production methods in the future.

Herzegovina’s rocky and sometimes harsh landscape is relieved not only by its emerald-coloured rivers, but also by the many green vineyards dotting the countryside. Increasing numbers of visitors are attracted to Herzegovina’s ‘Wine Route’ (vinska cesta), where numerous wineries are located in relatively close proximity to one another.

Prior to the war, when Bosnia and Herzegovina was part of the former Yugoslavia, wine-production was structured slightly differently than it is today. In Yugoslavia, robust state-owned industries produced wine for local consumption and for export. People say that the quality of the wine varied from year to year and bottle to bottle, depending on a number of factors. Individual producers were allowed to grow their own grapes and make wine within a designated limit, but were not supposed to bottle it and sell it for private commercial purposes. In the past two decades – since the end of socialism – things have changed. While large local industries still produce wine (most of it not high quality), the number of small- and medium-sized wineries are on the rise, with variety increasing, and marketing getting more sophisticated, every year. Many say that the last two decades have also witnessed a noticeable increase in the quality of the wine available on the market. While there are already a number of exceptional wines coming out of Herzegovina, time will almost certainly lead to even better and more varieties of wine and wine production methods in the future. It’s not easy to be a small winery in Bosnia-Herzegovina today, as the nation’s market for fine wine is still developing as the export market for the country’s wine grows.