This historic settlement (one of the oldest cities in the whole of eastern Europe) has a beautiful riverside location on the Western Dvina. 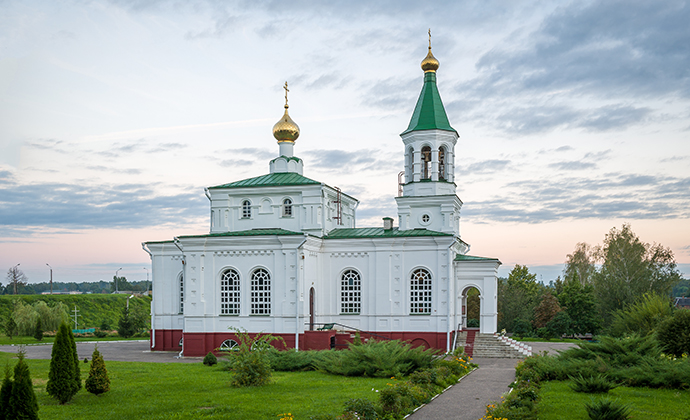 After Vitebsk itself, this is the region’s second-largest town (85,000 inhabitants) and one of the most attractive in all Belarus. On its doorstep is the urban sprawl of the larger and much less attractive town of Novopolotsk (‘New Polotsk’, population 102,000), constructed in 1958 as a base for the local oil industry. There’s nothing for you to see there but happily, lovely Polotsk has riches to spare. Located 105km northwest of Vitebsk along the A215 road, this historic settlement (one of the oldest cities in the whole of eastern Europe) has a beautiful riverside location on the Western Dvina, which also flows through Vitebsk. It is often referred to as ‘the city of all Belarusian cities’, with a rich literary heritage. Poet, translator and teacher Simeon of Polotsk was born here, as well as the great humanist and translator of the Bible, Francisk Skoryna. This includes my good friend Larissa Yatskevich, a tour guide and former university lecturer, who told me once, ‘It all started here for Belarus!’ Interestingly, it was only after the collapse of the Soviet Union that people began to learn of such things; until then it appears that only post-1917 history was taught in schools.